The Curse of Madness

Recently a young friend of mine (fluent in Wolof) was in a bidik buying batteries when an agitated woman she had never seen before walked up and began shouting at her, "Stop staring at me. I know you can read my mind.  You want to hurt me."  She began to strike my friend on the back with her fists and had to be restrained by two men who happened to be walking by.  My friend's first impulse was to call the police, but the bidik owner seemed to know the woman who was now sobbing and trembling in the corner.  He asked to call the woman's family and have them come for her. They often kept her locked in their compound for weeks at a time when she was in the midst of one of her "spells", he explained.  No one knows what to do for her.  She has apparently been like this for many years, silent and withdrawn some of the time, and then suddenly angry, frightened and combative.  Frequently she talks to herself, arguing as if someone else is there, and laughing secretively.  She trusts no one, not even family members and keeps to herself pretty much all the time, unwilling or unable to explain herself other than to say things like "They are always following me".  Sometimes she won't eat, suspicious that "something" has been hidden in the food; she sleeps poorly, wandering around the compound and mumbling to herself, and frightens the children by suddenly screaming at them "Don't talk to me like that" even when they are playing quietly.  "Madness" is the word the bidik owner used to describe her behavior: "She is mad." My friend agreed, and the family came and took the woman back home.
What is this "madness"?  In many cultures, it is explained by spirits of one kind or another inhabiting the victim.  In fact, as the symptoms come and go, they do seem to inhabit the victim, who does not seem like "themselves".  Modern science would say that the person suffers from the mental illness called "schizophrenia".   This brain disorder is quite serious; it usually begins during teen-age years or early 20's; the signs of it then come and go throughout a lifetime and cause many problems.  It has been noted throughout recorded history (many believe that an additional burden weighing on Abraham Lincoln was that his beloved wife Mary suffered from it).  Scientists think it may affects up to one percent of the population across all cultures.  It tends to run in families so it is thought to have genetic causes as well as various environmental factors.  In the past, specialists believed that it was caused by parenting styles and family issues but that has been discredited in favor of more biological causes and chemistry in the brain.
People with schizophrenia may hear voices other people don't hear or they may believe that others are reading their minds, controlling their thoughts or plotting to do them harm.  These experiences are quite frightening.  People with schizophrenia may not make sense when they talk, may sit for hours in a fixed position, become quite agitated, or may seem perfectly normal until they talk about what they are thinking about.  They have no control over these thoughts and cannot stop them.  They are at the mercy of their minds and their minds at times have lost touch with reality.
These symptoms can come and go.  Sometimes they are severe and at other times hardly noticeable. People with schizophrenia are not usually violent and often prefer to be left alone though they occasionally strike out when they feel threatened. The best response to this is to subdue them and take them to a protected place.  If a schizophrenic person says something strange to you on the street it is best not to respond at all, but to walk away.
Because so much is often going on inside of the schizophrenic's mind, they are often unable to have normal give-and-take relationships, hold a job, or even take care of themselves.  They can be very dependent on family members and friends and require a lot of personal care at times.  Because it is so difficult to understand what is happening to them, it can be very frustrating and difficult to help.  It requires a great deal of understanding and generosity.  If you know anyone coping with such a situation, give them as much support as possible.
Some people who abuse drugs and alcohol show symptoms similar to those of schizophrenia and people with schizophrenia may be mistaken for someone high on drugs or alcohol.  Researchers have not found that substance abuse causes schizophrenia; but it is true that schizophrenics use more than their share of alcohol and/or drugs, possibly in an effort to calm themselves.  Cocaine and marijuana are known to make schizophrenia worse.  Even today, the causes of schizophrenia are still not understood.And no real cure is known; modern treatment focuses on managing the symptoms of the disease.  Since the l950's there have been various medications developed for schizophrenia; these medications can minimize the symptoms of the illness.But none can eliminate them completely. 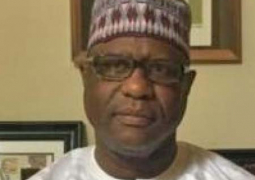 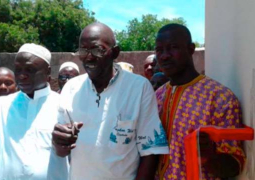 5O Midwives Start Training on the Use of the Partograph