(Tuesday 8th February 2011 Issue)
The 11th edition of the World Social Forum, which opened on Sunday in the Senegalese capital city of , was witnessed by hundreds of people from across the globe.

The six-day event, officially opened at the , is being attended by civil society organisations, rights activists, journalists and people from various walks of life.

Among the issues to be discussed are crisis in the system and globalisation, migration, environment, food crisis under development; agriculture; health and social security.

The activity started with a procession from the Radio Television Senegalaise (RTS) to , where cultural groups showcased diverse cultures.
Bubacarr Jobe, a member of the Senegalese delegation, says Dakar is a land of history from where thousands of black people were taken into slavery.

, according to him, is a very rich continent with great people. While thanking the countries that have attended the forum, Mr Jobe said: “We must come together as one to fight for a common objective.”

He added: “The African Social Forum (ASF) Council has been assured that all is set for the edition of the World Social Forum, and the mobilisation undertaken so far has assured that there will be massive support from the Senegalese based movements.”
Taoufik Ben Abdallah from the ASF secretariat said the 2011 programme will be held on a daily basis. He however stated that the structure of the forum remains the same as articulated to the rest of the world in terms of dedicating days to , convergences proposals for new campaigns and marches.

Africa will have a special session in the Amphitheatre on 11 February, where they would focus on in the twenty-first century.

The forum will also discuss the political developments in , , and other troubled spots in .

The 2011 Dakar World Social Forum brought together participants and organisations from 123 countries for the six-day event, most of whom are from Africa, Europe, Asia Central America, the Caribbean, South America North America and .

A high-powered delegation from The Gambia, including journalists, is also taking part in the WSF. 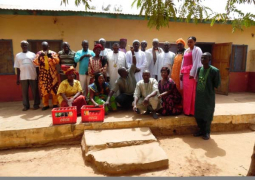 Shall We Ever See Chief Manneh Again?