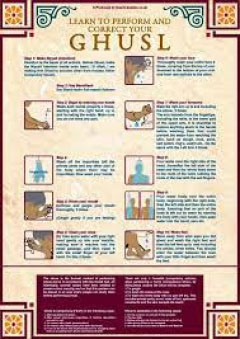 Ghusl (Ritual Bath) means to wash the entire body with water. Says Allah in the Qur’an, “If you are sexually impure, purify yourselves.” And, “They question you concerning menstruation. Say: It is an illness, so let women alone at such times and do not have sex with them until they are cleansed” (al-Baqarah 222).

Discharge of al-Mani owing to stimulation while asleep or awake

The opinion of the jurists in general is that ghusl is a must should one have a discharge of al-mani (sperm) owing to stimulation while asleep or awake. Abu Sa’eed reported that he heard the Messenger of Allah, upon whom be peace, say, “Water (washing) is (needed) after (ejaculation of) sperm.” (Related by Muslim.) Umm Salamah reported that Umm Sulaim said, “O Messenger of Allah, Allah is not ashamed of the truth. Does a woman have to perform ghusl if she has a wet dream?” He said, “Yes, if she sees the liquid.” (Related by al-Bukhari, Muslim and others.) There are some other points of importance that need to be noted:

In this case, ghusl is not obligatory. ‘Ali reported that the Prophet, upon whom be peace, said to him, “If sperm is ejaculated, perform ghusl.” (Related by Abu Dawud). Said Mujahid, “We were in a meeting in the mosque with the companions of Ibn ‘Abbas (Tawus, Sa’eed ibn Jubair and ‘Ikrimah). When he stood to pray, a man came in and said, ‘Is there one who can give a legal verdict?’ We said, ‘Ask your question.’ He said, ‘Whenever I urinate, a liquid always follows it.’ We asked, ‘Is it the type of liquid that gives birth to children?’ He said, ‘Yes.’ We said, ‘Then you have to perform ghusl.’ The man went away. Ibn ‘Abbas hurried to finish his prayer, after which he told ‘Ikrimah to bring the man back. He turned to us and said, ‘Is your verdict found in the Book of Allah?’ We said, ‘No.’ He asked, ‘Is it based on the sayings of the Prophet, upon whom be peace?’ We said, ‘No.’ ‘Then from what?’ We said, ‘From our opinion.’ He said, ‘That is why the Messenger of Allah said that one learned man is more difficult for Satan than a thousand worshippers.’ The man came and faced Ibn ‘Abbas, who said to him, ‘When that happens, is it owing to any stimulation?’ He answered, ‘No.’ Ibn ‘Abbas asked, ‘Do you feel any numbness in your body?’ He answered, ‘No.’ Said Ibn ‘Abbas, ‘That is from the cold. Ablution is sufficient.”’

There is no need for ghusl in this instance either. Ibn al-Munzhir said, “All of the knowledgeable people known to me agree on this point.” The hadith of Umm Salamah mentioned earlier supports this proposition.

If one wakes from sleep and finds some moistness, but does not recall any wet dream, though he is sure it is sperm, what should he do?

To be safe, he should perform ghusl. Said Mujahid and Qatadah, “There is no need for ghusl until he is sure that it is sperm, for his prior condition of purity is not ended by an uncertainty.

If a man squeezes his penis to prevent ejaculation

This also makes ghusl unnecessary. This is based on the hadith which states that ghusl is required if the sperm can be seen. But, if the person walks and cannot control his ejaculation. he must perform ghusl.

Sperm (mani) on the clothes during prayer

This refers to the male and the female private part. If one’s private part has entered his wife’s private part, ghusl is obligatory even if there was no ejaculation. Says Allah, “If you are sexually impure, purify yourselves.” Commenting on the subject, ash-Shaifi says, “In the Arabic language, sexual impurity refers to any type of sexual intercourse, regardless of whether sperm was ejaculated or not. If someone says, ‘So and so is sexually impure due to so and so,’ it refers to any type of sexual intercourse between them, even if there was no ejaculation. No one disagrees that the fornication which requires the prescribed punishment is sexual intercourse, even if there is no ejaculation.” Abu Hurairah reported that the Prophet, upon whom be peace, said, “When anyone sits between the four parts of her body and exerts himself (has intercourse), bathing becomes obligatory (for both).” (Related by Ahmad and Muslim.) Sa’eed ibn al-Musayyab reported that Abu Musa al-Ash’ari said to ‘Aishah, “I would like to ask you something, but I am embarrassed.” She said, “Ask and don’t be shy, for I am your mother.” He asked about a man who had intercourse but did not ejaculate. She said, on the authority of the Prophet, “If the two circumcised parts encountered each other, ghusl is obligatory.” This hadith is related by Ahmad and Malik with different wordings. There is no doubt that there must be insertion; if there is only touching, ghusl is not obligatory for either. All scholars agree on this point.

Women and their period

Concerning menstruation and childbirth bleeding, Allah says in the Qur’an, “Do not approach them until they become pure. When they are pure, go to them in the manner that Allah has prescribed for you.” The Messenger of Allah, upon whom be peace, said to Fatimah bint Abu Habish, “Do not pray during your period. After it has ended, perform ghusl and pray.” (Related by al-Bukhari and Muslim.) Post-childbirth bleeding is treated in a similar manner, according to the consensus of the companions. If a woman gives birth and has no flow of blood afterwards, some scholars say that she must perform ghusl, while others say that it would not be necessary. There is no textual authority on this latter point.

When a Muslim dies, it is obligatory to wash his or her body, according to the consensus of the Muslims. This will be discussed in more detail later on.

A non-Muslim upon embracing Islam

New converts to Islam must perform ghusl. Abu Hurairah reported that Thumamah al-Hanafi was captured. The Prophet, upon whom be peace, passed by him and said, “What do you have to say for yourself, O Thumamah?” He said, “If you kill me, you would be killing a relative. If you give me a bounty (set me free), I would be thankful. If you want wealth (as a ransom), we can give you what you wish.” The companions of the Prophet preferred the ransom and said, “What would we get if we killed him?” One time when the Prophet passed by him, he finally embraced Islam. The Prophet, upon whom be peace, untied him and told him to go to the garden of Abu Talhah and perform ghusl. He performed ghusl and prayed two rak’ah. The Prophet said, “Indeed, your brother became a fine Muslim.” This hadith is related by Ahmad. There is also a source for the story in reports by al-Bukhari and Muslim. 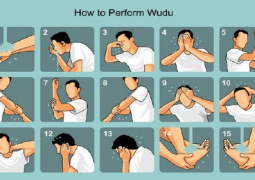 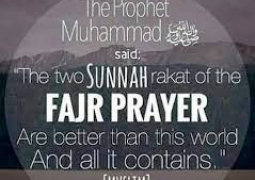