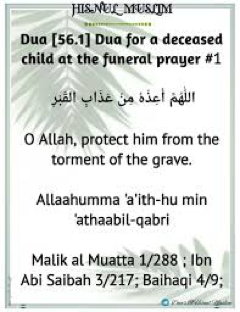 Offering a funeral prayer for an absent person in another city is permissible, whether the city is near or far. In such a case those offering funeral prayer should stand facing the qiblah, even if the city where the absentee is located is not in the direction of the qiblah. After making an intention to pray for the absentee, takbirs should be said as they are normally said in funeral prayer over a deceased who is present. This is based on a hadith reported by the group on the authority of Abu Hurairah that the Prophet, peace be upon him, informed people about the death of Negus the day he died, and then took them out to offer funeral prayer for him. There he arranged his Companions in rows and said four takbirs. Ibn Hazm said: “The funeral prayer for an absentee may be performed by a group of people under an imam. The Prophet, peace be upon him, offered a funeral prayer for Negus, who had died in Ethiopia, with his Companions standing in rows behind him. There is consensus among the Companions regarding this issue, and it should not be overlooked. Abu Hanifah and Malik, however, disagree with this view, but they have no ground for this disagreement.”

Offering Funeral Prayer in a Mosque

Funeral Prayer in the Graveyard

A majority of jurists disapprove of offering funeral prayer in a graveyard. This is the view of ‘Ali, Abd’Allah ibn ‘Amr, and Ibn ‘Abbas, and also of ‘Ata, An-Nakh’i, Ash-Shafi’i, Ishaq, and Ibn Al- Munzhir, and they cite the Prophet’s hadith: “The entire earth is a mosque except for a graveyard and a bathroom.” In a report from Ahmad it is said: “There is no harm in offering a funeral prayer (as distinct from formal Salah) in a graveyard as the Prophet, peace be upon him, himself offered a funeral prayer over a deceased while he was buried in his grave. Abu Hurairah also offered a funeral prayer over the grave of ‘Aishah in the middle of the cemetery of Al-Baqi’, which was attended by Ibn ‘Umar. And ‘Umar ibn Abdal-’Aziz did likewise.”

A woman, like a man, may offer a funeral prayer, singly or in a congregation. In fact, once when Umm ‘Abdallah offered funeral prayer for ‘Utbah, ‘Umar waited until she finished. ‘Aishah ordered the body of Sa’d ibn Abi Waqqas to be brought to her so that she could offer a funeral prayer over him. An-Nawawi said: “Women may offer (funeral) prayer in congregation just as they are permitted to perform other Sunnah prayers. Al-Hasan ibn Saleh, Sufiyan Al-Thawri, Ahmad, and the Hanafi School also hold the same view. Malik, however, is of the opinion that women should offer the funeral prayer individually.

The Most Worthy Person to Lead a Funeral Prayer 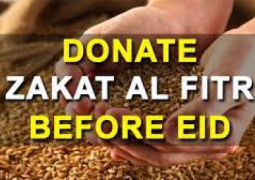