The azhan is a call to inform others in specific words that the time for a prayer has begun. It is a call to the congregation, and is an expression of the Islamic practices. It is obligatory or highly preferred. Al-Qurtubi and others have said that the azhan, although it has very few words, covers all essentials of the faith. It begins by proclaiming the greatness of Allah, pointing to His existence and perfection. It mentions His oneness and the denial of polytheism, and it confers the messenger ship of Muhammad, upon whom be peace. It calls to specific acts of obedience after testifying to Muhammad’s

messenger ship, and it calls to a prosperity which is everlasting, pointing to the return to Allah. Then, in a manner of emphasis, it repeats some of what was already mentioned.

Azhan, its Virtues and Excellence

Many hadith describe the virtues of the azhan and the one who calls it. Such hadith include the following:

Abu Hurairah reported that the Prophet said, “If the people knew what was in the azhan and the first row (of the prayer in virtue), and that they could not get it save by drawing lots, they would draw lots. If they knew the reward for praying the noon prayer early in its time, they would race to it. And if they knew the reward for the night and the morning prayers in congregation, they would come to them even if they had to crawl. “ (Related by al-Bukhari and others.)

Mu’awiyyah reported that the Prophet, upon whom be peace, said, “The callers to prayer will have the longest necks of all people on the Day of Resurrection.” (Related by Ahmad, Muslim, and Ibn Majah.)

Al-Barra’ ibn ‘Aazib reported that the Prophet, upon whom be peace, said, “Allah and His angels pray upon those in the first rows. And the caller to prayer is forgiven, for as far as his voice reaches and whoever hears him will confirm what he says. He will get a reward similar to those who pray with him.” This hadith is related by Ahmad and an-Nasa’i. Al-Munzhiri says its chain is good.

Abu ad-Darda’ reported that he heard the Prophet, upon whom be peace, say, “If three people do not make the azhan and establish the prayer among themselves, Satan gains mastery over them.” (Related by Ahmad.)

‘Uqbah ibn ‘Aamar said he heard the Prophet, upon whom be peace, say, “Your Lord, the Exalted, is amazed (and pleased) by one who is watching sheep in his pasture, then goes to the mountain to make the call to prayer and pray. Allah, the Exalted, says, ‘Look at my slave there who makes the call to prayer and establishes the prayer out of fear of Me. I have forgiven my slave and have allowed him to enter Paradise.”’ (Related by Ahmad, Abu Dawud and an-Nasa’i.)

Azhan, The Event Behind Its Legislation

The azhan was made part of the shari’ah during the first year after the migration to Madinah. The hadith clarify what led up to its institution.

Nafa’ related that Ibn ‘Umar said, “The Muslims would gather and calculate the time of prayer, and no one would call them. They spoke about that one day. Some said, ‘We should have a bell like the Christians.’ Others said, ‘We should have a horn like the Jews.’ Suggested ‘Umar, ‘Why don’t we have one person call the others to prayer?’ The Messenger of Allah said, ‘Stand, Bilal, and make the call to prayer.” (Related by Ahmad and al-Bukhari.)

Azhan, How It Is Made

There are three ways to make the azhan:

1  Make four takbir at the beginning and say the rest of the phrases twice, without any repetition, except for the last statement of la illaha illa-lah. So, the azhan would be made up of fifteen phrases, as in the preceding hadith of ‘Abdullah.

2  Make four takbir and then repeat ashhadu an la ilaha illal-lah, twice, and ashhadu anna Muhammad ar-Rasool-lal-lah twice, in a low voice, then repeat them again in a louder voice. Abu Mahzhura reported that the Prophet, upon whom be peace, taught him an azhan consisting of nineteen phrases. This hadith is related by “the five.” At-Tirmizhi called it Hassan sahih.

Azhan, At-Tathweeb: (Saying “Prayer is better than sleep” in the Morning Azhan). 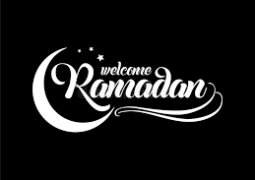 SPECIAL EDITION ON RAMADAN The Arrival of Ramadan