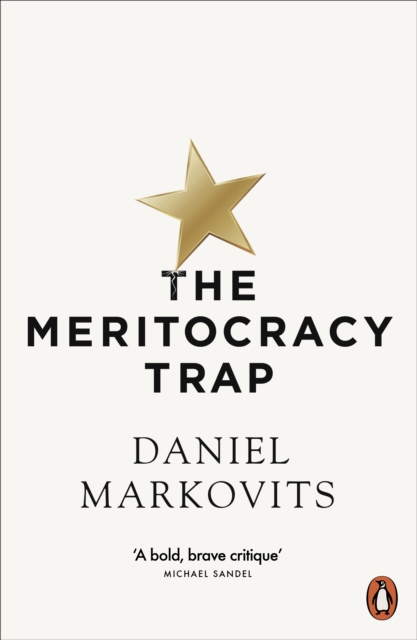 The concept of meritocracy is so well-accepted, so normal feeling, that a challenge to it faces a steep uphill battle to gain acceptance. For most of our lives, we’ve heard and read its principles in various forms: “You’ll get out of life what you put into it.” “To get ahead, you have to be the best at what you do.” “You can achieve anything you can envision, as long as you’re good enough, you work hard, and you persevere.”

Sixteen years ago, two professors at the University of North Carolina at Wilmington penned The Meritocracy Myth, in which they described what they perceived as “the myth that the system distributes resources—especially wealth and income—according to the merit of individuals.” Profs. Stephen J. McNamee and Robert K. Miller Jr. found no fault with meritocracy itself but argued that our society is not truly meritocratic. They offered suggestions for how to make meritocracy a reality, such as tax reform and redirecting philanthropy.

A new book, The Meritocracy Trap by Yale law professor Daniel Markovits, takes on a different and more difficult challenge. Markovits seeks not to repair the meritocratic system, but to indict its very foundations. The system, in his view, has functioned too well, and has in the process entrapped not just the losers but the winners in the meritocracy game.

If you find this thesis jarring, you’re not alone. As a society, we have been taught to revere a merit-based culture. The contention that this whole setup is a trap will engender widespread skepticism, and many among us — especially those who consider that we have advanced in society through our achievements — will simply reject Markovits’s thesis outright, without examining it carefully.

Having learned long ago that it’s healthy to entertain challenges to what I regard as my core beliefs, I picked up this book recently and dove in. Inside the cover, I found a varying writing style. When he’s relating tales, Markovits can be quite engaging. When he waxes eloquent about his thesis, a reader will be tempted to rate the prose using a scale of viscosity. Markovits is, after all, a law professor, and he often writes like one; this book is not beach reading.

It does, however, make several points that should give even true believer meritocrats at least some pause. Markovits explains how the evolution of modern society, predated by now-discarded aristocratic ideas, has led to the complete separation of the American populace into a highly skilled elite and lower classes that no longer have any meaningful chance of joining it. He describes the hollowing out of the middle class, as corporations seeking greater efficiency have largely eliminated middle management, which was once the steppingstone from a mail-room job to the C-suite. The American middle class, he concludes, is slowly vanishing.

Markovits’s most daring accusation is that the winners in this societal competition are also trapped. Before meritocracy, aristocrats led lives of leisure, their finances secure through holdings of land or other capital. But today’s elite got there largely through work, usually through working extraordinary (and increasing) numbers of hours. And society’s demands, he argues, keeps them hard at it, to the point that work/life balance becomes the myth. In this way, the elite’s skills — its labors — become the capital on which their wealth depends, so a life of leisure is no longer an option.

The book explores several elite industries, but for our purposes, his passages on the legal profession are most germane. Markovits describes astronomical levels of mental-health problems among law students — 70 percent, according to one report. The cost of a legal education — especially of an elite one, such as at the author’s Yale Law school — forces a crushing debt onto new graduates who hope to hire on as wage serfs in BigLaw firms until they make partner.

The trap endures even into partnership: Markovits cites a 1962 study that “reflected long-standing conventional wisdom” that lawyers would bill about 1,300 hours per year. An essay in the 1977 ABA Journal  reported that figure as 1,400 hours. Today, in contrast, demands on a lawyer’s time can approach “between 2,500 and 3,000 hours per year either billing clients, developing business or otherwise improving the firm’s practices”—and this is for partners. In one shocking passage, Markovits quotes an ABA report describing “stories of lawyers closing deals or drafting documents in hospital delivery rooms [as] disturbingly common,” and of “shifting family funerals to make meetings.”

These reports may be more extreme than what you’re accustomed to. But each of us has felt work-related pressure; each of us wonders inside if we’re putting in enough time at the office. This is a result of our success in the meritocratic game, Markovits would argue. It’s why our profession suffers from elevated levels of depression, substance abuse, and suicide. It’s why we — the class that has succeeded — have been caught in this trap.

Markovits concludes his book with a short coda that proposes a couple of changes in the realms of education and tax policy. These recommendations seem to be a thin approach to what the author believes is a deeply ingrained problem, but perhaps this book will spark creative thinking that can more effectively address the meritocracy trap. The coda ends with a short closing paragraph on the last page that says much about this book’s ideological origins.

As noted above, the book can be a slog at times, but it’s worth the effort to absorb the message (only a thin veneer of which I’ve conveyed here). It may not change your mind about how you view meritocracy, but it will affect how you view your children, and their children.

Markovits notes that social mobility—the ability to rise to a higher socioeconomic status than your parents’—is sharply impaired now, especially for those who aspire to join the ranks of the truly wealthy. That, at least, is worth considering, and addressing if we can. 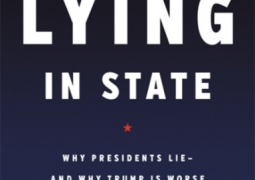 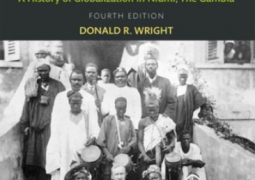