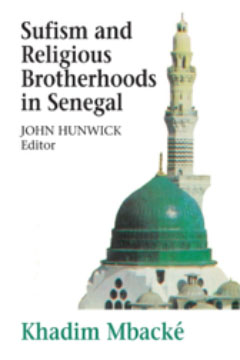 An examination of Islam in West Africa exposes one to a world in which Islam has fused with local culture to such an extent that it is often difficult to tell where one ends and where the other begins. This has been the distinctive characteristic of West African Islam. It is a world of Sufism, Islamic brotherhoods, and rich African culture that finds ample room for expression through the Islamic faith.

Khadim Mbacke’s book, Sufism and Religious Brotherhoods in Senegal, delves deep into the practice of Islam in one of West Africa’s truly unique countries. Senegal is unique in that the Senegalese people are very modern & cosmopolitan, very proud & traditional, and very Muslim. This makes for a unique combination and has led to the success of Senegalese religious and social networks abroad. Mbacke captures an essential component of that Senegalese mystique in his history of Islam in the country.

Mbacke’s introduction gives a historical overview of the arrival of Islam in Africa in the 7th Century AD. Though Mbacke concentrates on the arrival of Islam in North Africa and its spread to West Africa, not addressing the significance of the religion’s entrance in East Africa, he also gives an alternate account of Islam’s entrance into Africa. Most scholars describe Islam’s entrance into Africa, and the subsequent conversion of Africans to the religion, as a wholly violent phenomenon. The popularity of the word “jihad” has caused its overuse. Scholars often paint the picture of marauding Arabs invading Africa and conquering kingdom after kingdom killing all who refuse to submit to the will of Allah. Mbacke offers an additional account, telling of refugees fleeing the persecution of Muslims that occurred in Mecca during the height of Prophet Muhammad’s influence in the region. Mbacke says that these refugees fled to North Africa and were the earliest converts to the new religion.

Mbacke says that Sufi brotherhoods first appeared in Africa in the 15th Century and fit in comfortabley with West African society. Sufi brotherhoods were, and are, seen as essential to maintaining a straight path of religious purity. They provided a support system for Muslims who could seek guidance and religious teaching. Mbacke gives us the two components of these brotherhoods: the shaykhs (“masters”) and the murids (“disciples”). The relationship between a shaykh and his disciples is similar to that of the relationship between teacher and student. The shaykhs, however, play a much more extensive role in a disciple’s life. Shaykhs advise murids on all matters, religious and personal, and have specific obligations to lead their murids in their religious and private lives. As for the murids, Mbacke discusses the responsibilities a murid has to his shaykh. This includes a code of conduct when in the presence of the shaykh and complete relinquishing of personal will to one’s shaykh. What Mbacke does not say is that the reverence and respect Murids have for their shaykh has led critics to say it borders on worship. This criticism has especially been heard from the growing numbers of fundamentalist and more orthodox Muslims in West Africa.

Khadim Mbacke goes on to tell the history behind Senegal’s four largest brotherhoods; the Qadiri, the Tijani, the Mouride, and the Layenne. The Qadiri were the first to establish themselves in Senegal, but their decline and internal divisions were soon overshadowed by the arrival of the Tijani. The Tijani date back to the 18th Century and emerged in Algeria and spread throughout Africa and the Middle East. Later, the European colonial conquest of Africa would also play a role in the evolution of Islamic brotherhoods in Senegal. As the French colonial government curtailed much of the Islamic activity that had previously been enjoyed, Muslims in Senegal reacted and there was a backlash to the restrictions of the colonial government. Mbacke says this led to a rejection of “all forms of collaboration with the colonizer”. Spearheading this opposition to the French was Shaykh Ahmad Bamba, who would be the founder of the Mourides. Shaykh Ahmad Bamba presented a threat to the French regime, which exiled the leader in 1895 and again in 1903. By the time of Shaykh Ahmad Bamba’s final return to Senegal in 1907 he had amassed an enormous following and would be the founder of Senegal’s largest brotherhood. The fourth brotherhood that Mbacke discusses are the Layenne, who Mbacke says are concentrated on the Cap Vert peninsula.

Khadim Mbacke then discusses the relations within the brotherhoods, telling of their organizational structure, and the relations between brotherhoods, discussing the divisions that exists in Senegalese society based on ones membership in a particular brotherhood. Mbacke also tackles a controversial subject, the Islamic schools that the brotherhoods have set up. These schools have come under fire because of their unorthodox methods as well as because of their quality of education. According to Mbacke, these schools often suffer from a lack of resources and funding as well as a lack of recognition of their diplomas.

Mback also discusses the important role the brotherhoods have played in the economy via the agricultural sector and the financial duties between a shaykh and his murids. Mbacke further examines the importance of brotherhoods in the social and political spheres. Socially, Shaykhs have a great deal of influence on the lives of the murids. This includes solving disputes, arranging marriages, and handling relations between murids. Politically, the brotherhoods in Senegal have also proven themselves extremely influential. Under both the colonial administration as well as all three post-independence regimes, the Islamic brotherhoods in Senegal have put themselves in strategic positions with each regime. Mbacke gives a detailed look into the influence of the brotherhoods under the French and later under the governments of Leopold Senghor and Abdou Diouf, and what that influence has meant for politics in Senegal and well as for the role of Islamic brotherhoods in the country.

Khadim Mbacke concludes his book with a look at the future of Islamic brotherhoods in Senegal. Mbacke compares the original goals of the founders of these brotherhoods with the divisions that now exist between them. The author is a bit scathing in his criticism of the current status of the brotherhoods in Senegal, pointing to materialism and ignorance as ills that currently plague them all. He is critical of what he calls a state of “stagnation”, saying, “their (the brotherhoods) initial force no longer propels them and they have become mired by the dead weight of ignorant masses”. Mbacke seems to be calling for a reform of the Islamic brotherhoods, a “return to normative Islamic practice based in universally recognized principles”.

Khadim Mbacke’s book is one of the few detailed histories of the phenomenon of Islamic brotherhoods in Senegal. For any serious scholar of religion in West Africa, the book offers a great historical picture of the influence of Islam in one of West Africa’s most dynamic countries. The book makes a great companion to the wealth of literature that deals with Senegalese traders in New York and other metropolitan cities. The fact that most of these traders are intricately connected through these brotherhoods and have set up effective networks that link fellow members all over the world is an amazing phenomenon that scholars are only recently studying in any detail. Mbacke’s book takes us to the source of that network and discusses the foundations that have created the network. Alternately, while very detailed and informative, Mbacke will certainly ruffle some feathers with his criticisms. The criticisms are timely, however, and should open the door for more debate among the Senegalese community, both in Senegal and abroad. 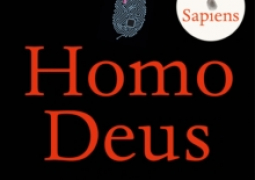 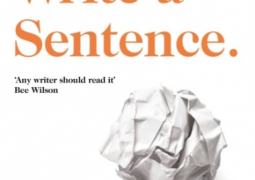 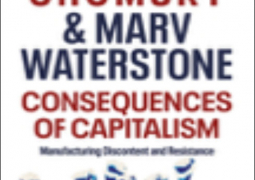 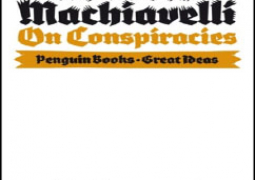