In “Bloodlands,” Snyder concentrates on the area between Germany and Russia (Poland, Ukraine, the Baltic region and Belarus) that became the site of horrific experiments to create competing utopias based on class or race war. For Stalin, this meant controlling “the largest social group in the Soviet Union, the peasantry.” They needed to be driven off small plots of land into more efficient collective farms; many were forced to move to factory zones to sustain rapid industrialization.

Ukraine became ground zero for the resulting artificial famine. The regime confiscated grain for the cities, while sealing the borders to prevent people from escaping, or bearing witness. The Holodomor, as Ukrainians call it, destroyed over three million men, women and children. More than 2,500 were sentenced for cannibalism in 1932 and 1933. By 1937, “the Soviet census found eight million fewer people than projected,” largely in Ukraine. Stalin refused to circulate the information and, consistent with his usual practice, “had the responsible demographers executed.”

But Stalin was not done. Within a few years, the Great Terror, as it was called, engulfed party officials and the Red Army, leading to the execution of tens of thousands of officers and officials. The Terror also involved the killing of hundreds of thousands of peasants and members of national minorities, most notably Soviet Poles, and again more Ukrainians. Stalin felt the need to explain the casualties of collectivization by blaming enemies who had sabotaged his plans. Poles inside the Soviet Union, who numbered over 600,000 at that time, fit the bill. Ordered to make large-scale arrests, the state police looked for Polish names in the telephone book. In Leningrad, nearly 7,000 people were rounded up; a vast majority were executed within 10 days.

With the start of World War II in September 1939, Hitler soon occupied a large part of Poland. But he did not immediately engage in genocide against the Jews. It’s true that ghettos were constructed in Warsaw and Lodz, and that tens of thousands of Polish Jews perished from random shootings, exposure and disease. Still, this was not yet the Holocaust. At the time, Hitler had in mind the extermination of a good many Poles: “the educated, the clergy, the politically active.” Such a plan would probably have killed more than the three million Polish Jews that the Nazis eventually murdered. And there was an even broader goal — Generalplan Ost — that was designed to eliminate somewhere between 31 million and 45 million Slavs to give the Germans living space in the East. Snyder cannot help concluding that “the Germans intended worse than they achieved.” But once Hitler invaded the Soviet Union on June 22, 1941 — “the beginning of a calamity that defies description,” Snyder writes — he turned his full attention to the Jews.

Snyder recounts an aspect of the Holocaust that remains unfamiliar to many Americans. Even today, the prevailing image is the fate of Jewish families like Anne Frank’s, who were rounded up and transported to killing centers in Poland. But it was in German-controlled Soviet territory that the Nazis carried out the full logic of their murderous intentions. Within a half-year, the Wehrmacht succeeded in occupying all of Ukraine, Belarus and the Baltic States. And it was here, with the murder first of Jewish men and then of the entire Jewish populations of small towns, that the Germans began the systematic open-air massacres that resulted in the slaughter of two and a half million Jews in German-occupied Soviet territory, a proportion of the six million that remains hard to grasp. Babi Yar was a ravine outside Kiev where the Germans killed more than 33,000 Jews in two days of continuous shooting; this atrocity was matched by thousands of similar massacres, large and small, until 1944, when the Red Army succeeded in driving the Wehr-macht out of Soviet territory.

Drawing on material in several European languages, including memoirs and scholarly literature, Snyder recounts this sequence of mass murder — by Stalin and then by Hitler — which accounted for 14 million civilian deaths in little more than a dozen years. Every nationality in the region and many other categories — Poles, Ukrainians, Belarussians, Soviet P.O.W.’s and Jews — were victimized.

Snyder punctuates his comprehensive and eloquent account with brief glimpses of individual victims, perpetrators and witnesses, among them the Welsh journalist Gareth Jones, who wrote about Soviet Ukraine and Nazi Germany in the 1930s; Vsevolod Balytskyi, Stalin’s security chief for Ukraine, who invented the “Polish Military Organization” to explain the famine and justify a roundup of Soviet Poles; and the frightful Vasily Blokhin, one of Stalin’s most reliable executioners, who wore “a leather cap, apron and long gloves to keep the blood and gore from himself and his uniform.” Blokhin is reported to have personally shot more than 7,000 Polish prisoners in 28 days as part of the notorious Katyn massacre in 1940.

But “Bloodlands” falters when Snyder comes to deal with the aftermath of the war in the Soviet Union. Stalin became obsessed with the Jews. Members of the Jewish Anti-Fascist Committee, which had conducted an effective propaganda campaign on behalf of the wartime alliance between the Kremlin and the Western democracies, were arrested and convicted in a secret trial in 1952. Snyder fails to grasp the significance of the case. Claiming there were 14 defendants (in fact there were 15), he refers to them as “more or less unknown Soviet Jews.” But the 15 included five renowned Yiddish writers and poets, men like Peretz Markish and David Bergelson, who had international reputations. And the leading defendant, Solomon Abramovich Lozovsky, was an old Bolshevik who had been mentioned by John Reed in “Ten Days That Shook the World” for his role in revolutionary Petrograd. He is even referred to in the diaries of Joseph Goebbels; it was Lozovsky, as deputy Soviet foreign minister, who responded to Goebbels’s demagogic attacks on the Soviet government.

Not long after the Red Army had liberated Auschwitz, the remnants of Soviet Yiddish culture found themselves subjected to secret trials and executions. This sent a disheartening signal to the surviving Soviet Jews, leading them to believe that they had no place in Soviet society and spurring them to try to leave the country. Within two decades, the Jewish emigration movement, together with the broader Soviet human rights campaign, contributed to the collapse of the Soviet Union itself. 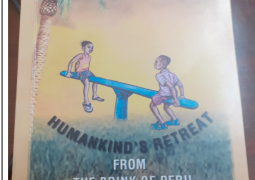 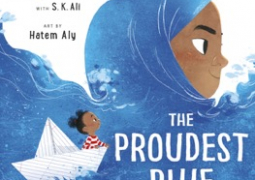