In what most of the volleyball fans in the country have seen to be a thrilling security derby final, the Gambia Police Force (GPF) female volleyball team on Saturday beat their arch-rival the Gambia Armed Forces (GAF) 3-2 in the volleyball knockout final. 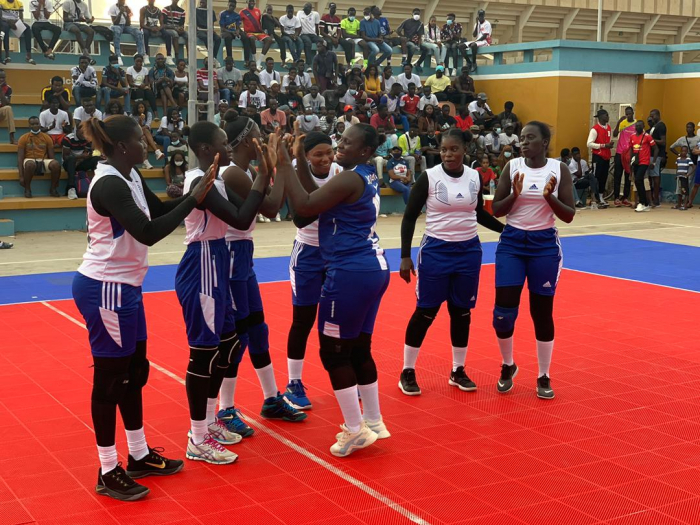 This famous triumph will go into the history books of the Police team after they totally outclassed the soldiers in match watched by many volleyball fans in the county played at the Independence Stadium in Bakau.

The Police under the guidance of Coach Marie Wadda, ran away with the first set, thrilling the record under a teeming crowd, but the soldiers (GAF) reacted in the second set with a bang.

They finally emerged victorious as they were always in control against their arch-rival GAF, who rarely threatened them.

The Police fans hope that this will be the many trophies to come for their team. It was the result that Coach Wadda wanted for her side which also coincided with lot of entertainment from their fans.

The players’ performance as well as the entertainment from the Police fans, will boost them as they look so ready to go and conquer the continent in the 2022 Women's African Clubs Championship. 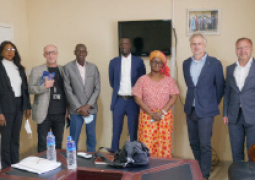 GNOC has the honour to present the aspirations to implement nation-wide Sports for Development programme to develop and expand sports infrastructure in The Gambia with the partnership of Finnish organisations, the Finnish Chamber for Impact Partnerships (FC4IP), GR Group Ltd., Varala Sports Institute and Kuortane Olympic Training Center. 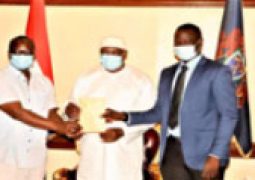 As part of his contribution towards Gambia’s participation in the 2022 Africa Cup of Nations, President Adama Barrow on Monday made a personal donation of D1 million dalasi to the National Coordinating Committee (NCC) responsible for the country’s road to the continent’s bi-annual biggest football fiesta. 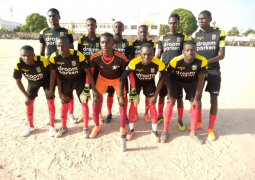