The Serrekunda West Sports Development Organisation (SWESDO) has concluded its qualifying round tournament of 32 teams.

Out of these teams only four teams made it through to the ‘nawetan’ proper. Two of the four relegated sides made it back to the nawetan proper.

Last year’s relegated side, Real de Jeshwang FC made it back to the Serrekunda West nawetan proper after defeating Cosmos 1-0 during their playoffs knockout game played at the SK West Mini Stadium.

The Jeshwang based team booked back their place into the nawetan proper after they were relegated from last year’s nawetan tournament.

Cosmos FC, who won all their three qualifier games were eliminated from the tournament during the playoffs.

Badala FC, who came to this year’s qualifiers won all their four knockout games to qualify, while last year’s relegated side, Sankung Sillah was knocked out of the tournament during the playoffs.

Both Celtic and Stockholm came to this year’s qualifying round with the aim of making it through to the nawetan proper but it was Celtic FC’s wish which was granted.

Celtic FC won all their four games of the qualifying round, while Stockholm won three of their four knockout games.

Effa Lions FC also booked back their place into the nawetan proper after defeating LK Old Hands 6-5 on penalty shootout after a goalless draw in normal time.

Effa Lions who were relegated from last nawetan edition, now return to their position in the SK West rainy season football jamboree.

Old Hands of Latrikunda who had a good run in the qualifiers exited during the playoffs. 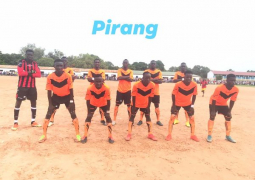 Pirang and Faraba Kairaba on Tuesday shared spoils in the opening match of the 2021-2022 Kombo East District inter-village football tournament. 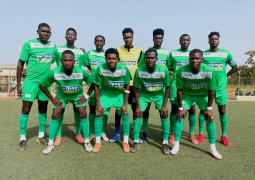 Real de Banjul on Tuesday missed the chance to move three points clear in the 2021-2022 Gambia Football Federation (GFF) Division One League following their 1-all drew with Samger in their week-nine encounter played at the Late Ousman football field. 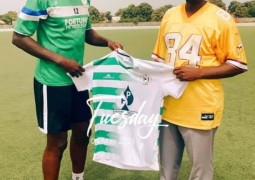