The Scorpions opened the scoring with a penalty through Assan Ceesay in the 22nd minute but the resistant Sierra Leone team was able to score twice before the end of the first half.

Kei Kamara equalised for the Leone Stars in the 25th minute before Saidu Fofanah scored the winner in the 42nd minute.

The match was part of three friendlies scheduled for the Scorpions of the Gambia as part of the teams preparations for their maiden Africa Cup of Nations appearance in Cameroon, where The Gambia have been paired with Mali, Mauritania and Tunisia in group F.

The three international friendlies are against Morocco, Sierra Leone and South Sudan on October 7th, 9th, and 12th 2021 respectively in Casablanca, Morocco.

The Scorpions have now recorded back to back defeats in their ongoing international friendly matches in Casablanca.

The Gambia’s first friendly game with Morocco B team on October 6 ended in a humiliating 7-2 defeat before succumbing to a 2-1 defeat against Sierra Leone.

The Gambia will on Tuesday play their final friendly game against South Sudan to conclude their three scheduled international friendlies. 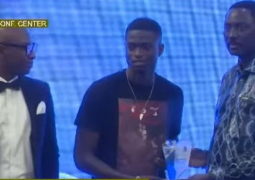 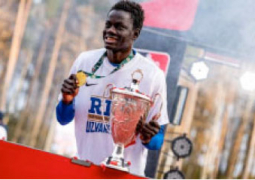 Gambian midfielder Alfusainey Jatta has won a professional cup in Latvia after helping his side FK RFS beat Liepaja 1-0 in the Latvian Football Cup final played on Sunday. 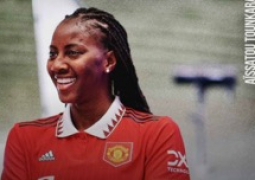