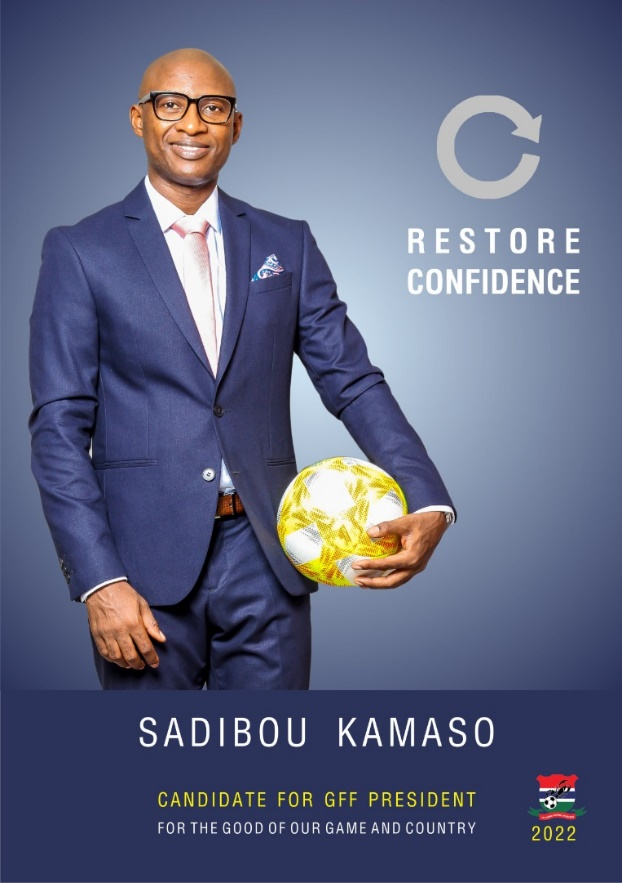 The Sadibou Kamaso campaign team has stated the reasons why he is contesting the Presidency of The Gambia Football Federation (GFF).

Sadibou Kamaso, an executive member of the Gambia Football Federation (GFF) will break ranks with the team of his boss, president Lamin Kaba Bajo in the national football elections this August.

Mr. Kasamo, who is also the secretary general of Hawks Football Club will launch his bid and manifesto on Saturday to try and unseat Kaba Bajo who is expected to seek re-election.

Ahead of the launch, Kamaso’s campaign team was scheduled to steal a glance at his vision and ideas for Gambian football.

In his preamble, Kamaso, who has been a founding member of the Kaba-led executive, said his team, called the ‘Restore Confidence Team’ is a true pro-people group of football administrators with a clear and principled agenda of ensuring the safety and prosperity of football and all its stakeholders in The Gambia.

“It comprises seasoned football administrators and technicians whose primary objective is to re-establish the fiduciary relationship amongst football stakeholders through our “Restore Confidence” mantra. With intent to transform The Gambia Football Federation’s governance and mindset of all stakeholders with substantial focus on improving organizational effectiveness, development and accountability,” Sadibou Kamaso’s preamble stated.

It continues: “It is a fact that The Gambia Football Federation has endured a considerable erosion of confidence from the football family, stakeholders and general public in the governance of the most-watched and followed sports in The Gambia over the past four years. This is the strong opinion of distinguished stakeholders and football enthusiasts which could be attributed to different factors that need urgent attention to better the current undesired status quo in our football. My team and I believed that this is the best opportune moment for us to make a positive change and we have identified four key areas that required urgent attention and these include: the re-branding and remodeling of the GFF institution; infrastructure development of international standard across The Gambia; tangible substantial improvement in the GFF-general stakeholders relations and judicious generation, and management of resources.”

“As GFF president, it is my primary objective and that of my team to not only turn things around but to bring back life to the game and to ensure that our game is rid of any delinquency. The bedrock of #RESTORECONFIDENCE team’s mission which is to stimulate interest and passion for the game of football in The Gambia is meant to increase stakeholder participation in the game. The holistic approach is aimed at generating productive ideas for the development of the game across the length and breadth of the country. The underlying goal is to bring football and its benefits to the doorstep of every Gambian.”

“To achieve the above, my team’s action plan is centered on an 11-point plan called the “STARTING XI”.

Meanwhile, according to Kamaso campaign team, the STARTING XI will be unveiled at the Semega Janneh Hall tomorrow, Saturday. 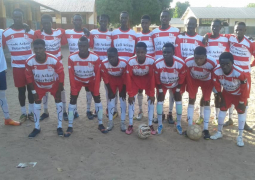 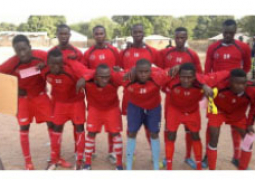 Batokunku will today, Friday, lock horns with Tujereng in the 2021-2022 Kombo South District football tournament at the Sanyang Football Field at 4 p.m.