From street football to Senegalese champion, Life of Mutar Njie

Mutar Njie, born in The Gambia to a Gambian father is now staking claim in the Senegalese league with champions Casa Sports Football Club where he plays as right full back for the Casamance based club.

Rafael, as he is widely called, is selected as part of the Senegalese CHAN team. He is also part of Senegal U-20 team where he caught the eyes of many.

“I start playing football at an early age. I played local tournaments at the Wellingara field with a team called Talibeh FC and also some other teams before I moved to Falcons FC,” he explained.

Njie played some seasons with Falcons before they qualified from Third Division to the Second Division League.

Mutar played for Clubs like PSV Welllingara and Team Rhino before joining Casa Sports, but unlike other lads, Mutar’s journey to Casa Sports was thanks to injury which he sustained while playing for Team Rhino.

“After the season with Team Rhino, I sustained a knee injury and went to Casamance for treatment. Following my treatment I played Nawetan football there and was named the best player of the tournament. People there appreciated my playing ability and wanted me to join Casa Sports. They contacted Casa Sports and I was invited for trials. The coach was impressed and I was signed by the team,” he also explained.

Meanwhile, Mutar’s main focus at the moment is to win the Senegalese Cup and play the CAF champions League with Casa Sports. He expressed readiness to playing for big European Clubs when the chance arises. 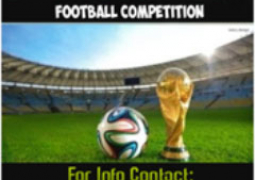 As part of efforts towards to develop football in the community of Tallinding, some inhabitants of the community are organising a football tournament named: ‘Tallinding Buffer Zone Football Competition’.