Football is my every day dream – Ebrima Barry

Gambian born Ebrima Barry who plays in the Guinea Bissau Division Two League with T.F. Sao Domingos has said that football has always been his dream, adding that he looks forward to hitting the world stage soon.

Barry played for a host of other clubs in his career, most notably in Dakar where he played with Dakar University Club in the 2017-2018 season.

Evra as he is widely called, loves to attack and peck back opponents which supports his team’s play.

Barry was a typical goal scoring footballer when he was young but his game style changed in Senegal. Breaking through in to life in Senegal was not easy and the ASC Jaraaf youth coach decided to change Ebrima’s role from an orthodox winger to a left full back, due to his “admirable pace and defending abilities”.

Ebrima Barry started his career in The Gambia with Serrekunda East Academy before he moved to Senegal in search of experience, playing with three clubs which he said developed him a lot.

“I am a versatile footballer. The coach used me on four different roles - wings, left back, midfield 8 and 10,” he said.

“The coach knew I had a lot of stamina and endurance, so he uses me on different roles depending on the circumstances”.

Barry’s target winning the league with his current club which currently occupy top spot on 34 points, 5 points ahead of chasers Ajuda.

Ebrima said it would be a great feeling for being the first Gambian to win a Guinea Bissau League title. He expressed how delighted he and his teammates are heading to the final games of the season.

Barry’s dream is to wear the national colors of The Gambia one day. He described playing for The Gambia as “something I would not take for granted.”

Ebrima Barry once represented the Gambia U-15, playing against Senegal, Guinea Conakry and Mali. He said the next target will be to climb the ladder and represent The Gambia at U-17 and U-20 before moving to the senior Scorpions. 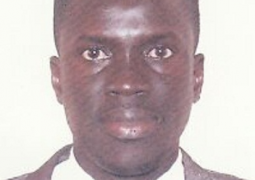 Yorro Njie, a 2016 Gambian Masters Sport Administration (MSA) holder from Russia International Olympic University  has been appointed to serve in the international advisory panel for sport policy agenda by Foundation for Sport, Development and Peace. 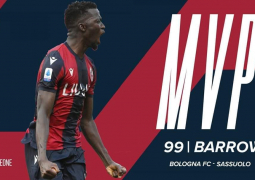 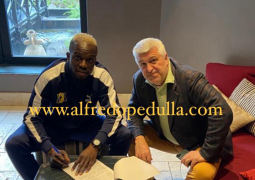 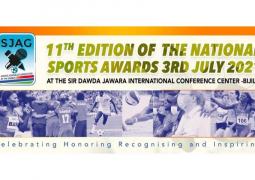 The Sports Journalists Association of The Gambia (SJAG) on Monday launched its 2021 national sports award event.