Football House on the path to professionalising Domestic League

In its quest to transform the national league from its current amateur status to professional, Football House yesterday, Monday began a four-day capacity building program for administrators and technicians of the 16 first division teams.

The event is jointly organised by The Gambia Football Federation (GFF) and European football governing body, UEFA, through its program dubbed UEFA Assist. The project, launched in 2017, is an initiative aimed at providing practical assistance to other confederations in an attempt to help the development and strengthening of football in the world.

This is in tandem with Football House’s core objective in helping to promote, develop and protect football development and infrastructure in The Gambia.

The aim of the training is to build the capacity of Gambia’s football administrators as well as providing long-term development for football in the country.

Speaking at the opening ceremony at the home of Gambian football, the National Technical Training Centre, (NTTC) at Old Yundum, the President of The Gambia Football Federation, Lamin Kabba Bajo expressed gratitude to UEFA for the collaboration, describing it as one of many trainings that his administration has benefitted from the UEFA project. He asserted that it is also in line with his leadership’s primary objectives in coaches, administrators, referees and medics.

“The importance of this programme cannot be over emphasised and it will strengthen the level of football within the country, create more revenue for clubs and employment for citizens and football enthusiasts,” Mr. Bajo said, while highlighting some of the challenges faced such as lack of income, and poor infrastructure amongst others.

Mr. Bajo urged participants to make best use of the opportunity in terms of the knowledge gained and wish them the very best of luck.

Second Vice President Mr. Ebou Faye, who also doubles as the Head of all Competition matters at Football House, said it is long overdue to move the domestic league to the next level. “Football is about money. This will immensely improve our football. We have produced so many talented players but losing a lot of revenue because we are amateurs,” he said, while adding that there is need for government to support in order to achieve this course.

“We need government’s support. We know it will be difficult for a government that mainly rely on tax as a source of income but this can bring a significant positive benefit in increasing the employment rate of the youths.” He also urged the clubs to work together and produce professional structures financially, technically and administratively.

Eva Pasquier, congratulated The Gambia for qualifying for its maiden AFCON. She said the programme is meant to share experiences and make the Gambian top league professional.

“It is very possible for The Gambia to professionalise the league. The Gambia has the crop of players to do it with the right knowledge of the administrators and technicians. Our role is to instil the right knowledge to these participants and with a good organisational structure of the clubs, the players’ development as well as good sponsors, we can achieve this successfully,” she affirmed, while thanking the Federation for its commitment and urged participants to make best of the opportunity. 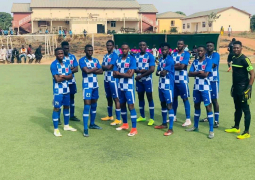 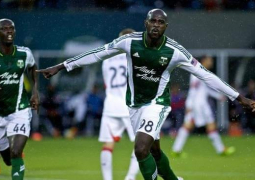 A three-day coaching course for The Gambia male and female volleyball coaches organised by The Gambia Volleyball Federation came to an end on Tuesday at the Semega Janneh hall in Serrekunda East.