The First Lady of the Republic of The Gambia, Fatoumata Bah-Barrow on 20 October 2021 received the audience officials of the National Amputee Football Team at State House.

Sainey Camara, Secretary General of The Gambia National Paralympic Committee (GNPC), Mama Faal-Kah, GNPC Admin Secretary, Mama Mboge and Dawda Keita members of the Amputee technical team, and Hagie Drammeh Media Officer attended the meeting held at the Office of the First Lady with her Permanent Secretary as well as CEO and Programme Officer of her Foundation.

Sainey Camara, Secretary General GNPC, gave a brief overview of GNPC as the body responsible for the development and promotion of disability sports in The Gambia.

He appealed for support from Government and others through the First Lady to acquire funds that would facilitate Gambia’s first participation in the qualifiers of the Cup of African Nations Amputee Football Competition which is due to kick off next month in Tanzania, prelude to the World Cup Amputee Football Qualifiers in Turkey 2022.

The appeal in funding also serves as a reminder to national sport authorities by extension as the team gets ready for the continental showpiece. Mr. Camara assured the audience that this Special Scorpion Team is set to participate in their first-ever international qualifiers in Tanzania.

Her Excellency Fatoumatta Bah-Barrow thanked the GNPC executive and the National Amputee Team delegation for their determination and commitment to the sport they practice. Madam Barrow expressed delight about the team’s willingness to represent the country in the qualifiers. She said she does not doubt that the team will make Gambian proud if they are fully supported.

The Nation’s mother called on all Gambians to support the National Amputee Football Team as she remained committed to making this a reality. She assured the delegation of her unflinching support. She also promised to extend their plea to the concerned and potential authorities for their kind consideration and possible contributions towards a successful event. 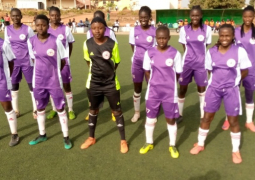 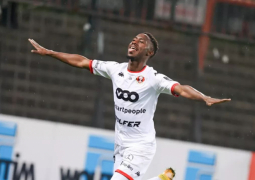 Scorpions’ midfielder, Ablie Jallow guided his Belgian side RFC Seraing to a 1-0 home win over RWD Molenbeek in their week twenty-four fixture of the Belgian Second Division League (First Division B) played at the Stade du Pairay on Sunday. 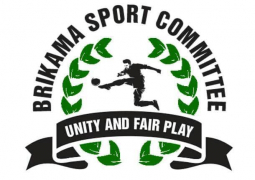 Bakay Bojang has been elected as the president of West Coast Regional Football Association (WRCFA) unopposed.