Last year’s Gambia Football Federation (GFF) second division league champions, Falcons FC on Friday inflicted a heavy defeat on The Gambia Armed Forces (GAF) after a 5-3 score-line to move to the top of the league standings with 10 points. 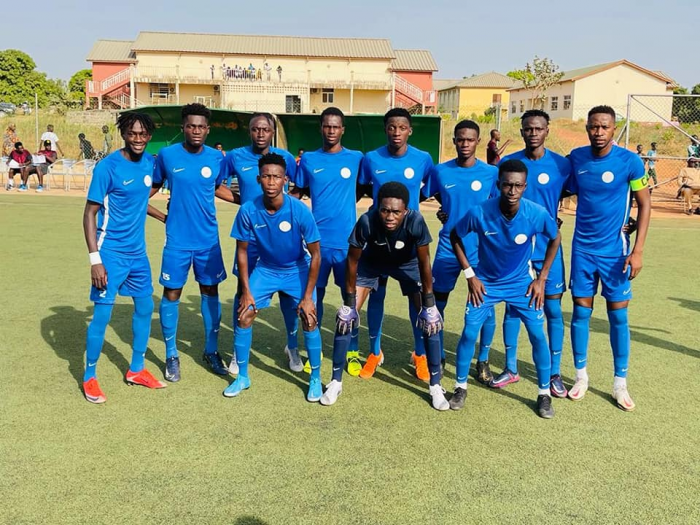 The week-4 fixture of the league was played at the Late Ousman Saho Field in Old Yundum.

The Blue Armed (Falcons FC) took an early lead when Alieu Jammeh scored the opener in the 10th minute with a fine finish. Mutarr Ceesay made it 2-0 for Falcons in the 24th minute from a scramble in the box, while GAF pulled one goal back through Rashidou Bah’s strike before the break.

Abuko-based team, Falcons FC started the second half from where they left off in the first period by extending their lead to 3-1 through Adama Jammeh’s beautiful header in the 47th minute.

Alhagie Saine made it 4-1 from a swift counter attack with a powerful strike into the back of the net in the 58 minute, before Mustapha Njie then wrapped up an emphatic win for the division one newcomers with a calm finish from close range.

The Soldiers (GAF) scored two late goals in the game through Modou Lamin Fofana's brace in the 76 and 90+4 minutes but it was not enough as Falcons held on to win 5-3. It was staggering score line and a heavy defeat for The Gambia Armed Forces who were ambushed and disarmed in broad daylight by the division's new boys.

The victory gave Falcons FC who are yet to lose a single match 10 points and moved them to top of the standings, while GAF dropped to 8th position with 4 points after four matches.

Elsewhere, Brikama United got their season on track by securing their first win of the campaign following a 2-0 win over Elite United in the 8pm game at Bakau’s Independence Stadium on Friday.

Mustapha Drammeh opened the scoring for the Sateba Boys in the 4th minute before Sainey Bojang sealed the victory for Brikama United in the 47th minute.

The win earned Brikama 6 points and 6th position having played goalless stalemates in their previous three matches, while Elite United, who continue with their struggle now dropped to 12th position with 3 points after recording three losses and one win so far.

Wallidan FC also came from behind to beat Steve Biko 2-1 in the final match of the night at the stadium on Friday.

Beach Boys, Steve Biko took the lead in the 20th minute while Wallidan came from behind with two goals through Alagie Camara and Mechini Gomis in the 30th and 52nd minute to secure their second win of the league.

The win moved the Blues (Wallidan) to 2nd position above Real de Banjul (who were playing against Hawks on Sunday) with 8 points, while Beach Boys (Steve Biko) now fell to 11th position with 4 points after 4 matches.

Gamtel FC was forced to a 1-1 draw by Banjul United in the only league encounter played on Saturday at the Late Ousman Saho Field in Old Yundum.

Banjul United took the lead in the first minute, while Gamtel FC restored purity through Abdoulie Kah’s goal in the 58th minute, forcing the game into a stalemate.

At the time of going to press on Sunday, two encounters were being playing at the stadium with Team Rhino taking on defending champions Fortune FC, before Real de Banjul entertained Hawks FC in the Banjul-derby.

Meanwhile, the 1st Division League week-4 fixtures will end today, Monday at the Independence Stadium in Bakau with two interesting encounters when Waa Banjul play Samger in the earlier game, and Marimoo battle it out with the Gambia Ports Authority (GPA) in the late encounter. 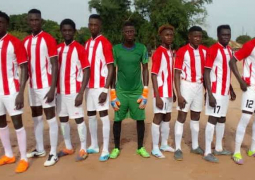 The match, graced by prominent personalities such as the Secretary-General and leader of the National Re-Orientation and Development Party Lamin  Satu Bojang. 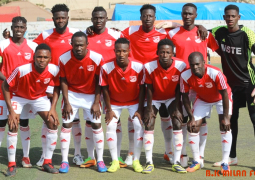 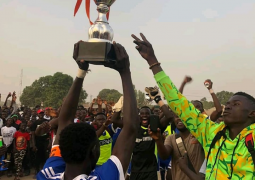 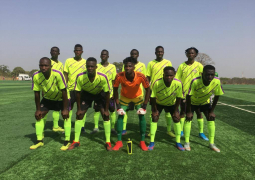