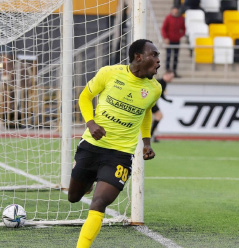 The 23-year-old scored his side’s third goal in the 73rd minute, before Andrey Solovery sealed the victory in the 82nd minute.

Igor Ivanovic and Sergey Politevich opened the scoring for Shakhyor earlier in the 39th and 67th minutes of the game.

The Gambian international now scored 21 goals in 28 matches since moving to the Budaŭnіk Stadium.

The victory moved FC Shakhtyor to 5th position with 4 points after two games.

Dembo signed for Belarusian side FC Shakhtyor after leaving Macedonian side Shkupi in January 2021, where he scored 18 goals in 41 games.

Gambia to know opponents for AFCON on August 15

The Gambia senior national team is set to know their opponents for the 2022 Africa Cup of Nations on 15 August 2021, according to news reaching Point Sports Desk. 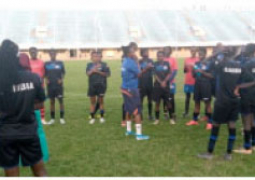 The Gambia national women’s U-20 team will today, Friday 24th September 2021 host West African counterparts Burkina Faso U-20 in the first-leg of the FIFA women’s world cup qualifier at the Independence Stadium in Bakau. 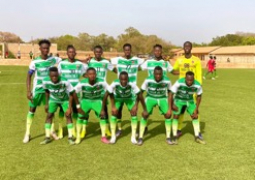