Coco, the girl from Delray Beach, Florida, made significant improvements with her first serves, committing only 3 double faults compared to the multiple errors she’s made in that department in the previous tournaments.
This is the second Australian open appearance for the 16-year-old phenom Coco, who made a magical run to the fourth round at the Melbourne park by stunning the then reigning champion Naomi Osaka in spectacular style.

As reward and testament to her hard work, the ever determined Coco made history when she became the youngest player in the professional era to eliminate the reigning women’s champion at the Australian open, (In reference to her straight sets 6-3, 6-4 victory over Naomi Osaka) - an incredible accomplishment for the young American. Coco remains the youngest player in the Women’s Tennis Association where she occupied no. 48 in the world.

Like duck to water, Coco rushed to prominence at the 2019 Wimbledon championship where she famously stunned veteran Venus Williams in the opening fixtures of the tournament.

She went on to reach the third round of her maiden U.S. Open debut at the Flushing Meadows in New York the following year, earning worldwide recognition for her incredible strength, talent, composure and her ability to compete with some of the greatest stars in the game.

Her instant and steady rise to stardom has been the biggest tennis story in recent history.

Coco’s next round fixture involved a much tougher opponent Elina Svitolina. The Ukrainian superstar who is ranked no. 5 in the world defeated Marie Bouzkova of Czech Republic in straights set 6-3, (7-5 tiebreaker), to set up a decisive second round meeting with the rising star Coco Gauff.

Every tennis lover should be extremely proud of what Coco’s accomplished since she turned pro in 2019, aged just 15. Now that she’s 16, she keep learning, improving and getting big results against all odds. 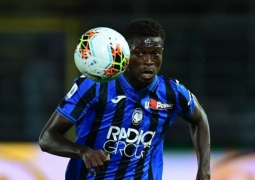 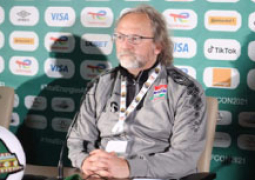 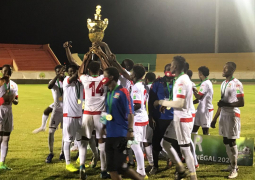 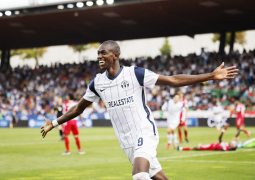 Scorpion’s striker Assan Ceesay guided his Swiss top flight team FC Zurich to a 6-2 demolition of FC Sion in their week-9 fixture of the Swiss Super League played at the Stadion Letzigrund on Sunday.