In the wake of the Lamin Bojang saga it is necessary that Gambians pay attention to fundamental issues if we are going to create a society in which we create an accountable political leadership, a clean public service and generate trust and seriousness into politics. The narrative in the Gambia that politics is a game of lies and failed promises and public office and those elected and appointed into these offices only serve their own interests must be debunked. Indeed, there is morality in politics and public life.

In 1994 the UK Government created a body called Committee on Standards in Public Life to advise the Prime Minster on ethical standards of public life. The Committee identified seven principles of public life which are selflessness, integrity, objectivity, accountability, openness, honesty and leadership. In its report the Committee noted that, “politicians have a responsibility not to appear as if they are treating the law with contempt, or bringing the political process into disrepute, or acting in ways that are irreconcilable with their public commitments, or exploiting opportunities to benefit themselves.”

Yes, even politicians have their private lives which must be respected. However, the activities and judgments of politicians that impact on the society as a whole cannot be ignored or downplayed. After all politicians such as party leaders, presidents, NAMs, mayors and councilors among others serve as milestones who affect the behaviour and attitudes of ordinary citizens. For that matter, politicians are role models who can enhance or undermine the values of our society. If you have politicians who engage in indecent acts certainly will undermine decent political culture and social behaviour hence damage the fabric of society in ways that can be irreparable. Remember Yaya Jammeh.

I have known Lamin Bojang since school days. As a classmate I used to know him to be a very decent and neat gentleman. Indeed, I share in his grief over this scandal especially for his wife and children. I wish this matter has never happened.

But as a member of this society and as a person who understands and values accountability in politics and political leaders I cannot but express my disappointment and condemnation of his actions. I do not claim self-righteousness and indeed incident behaviour is widespread in our society however we must condemn such behaviours especially when it comes from those who intend to lead our society and manage our affairs and resources. If I were him, I wished to be held accountable for my actions as well.

Therefore, I expect myself, Lamin and indeed each and everyone of us to exercise better judgment in our actions at all times, and when we fail we must be called out. As a military general, a seasoned diplomat and a presidential candidate with longstanding experience of life, Lamin has all the skills and tools necessary to make the right judgment at any time. Hence when confronted with this kind of situation I do not expect Lamin to succumb to his desires by abandoning sacred values and his expertise.

To now have the rest of society to side with him indeed raises serious concern for me as to what kind of Gambia we wish to build. Not long ago a young Gambian woman Toufah Jallow narrative her ordeal at the hands of a tyrant only to see many Gambians doubt and ridicule her. Following that a group of young Gambian women exposed the disgusting abuse they received from a top foreign affairs official only to come under a barrage of insults from many men and women of our society. When you visit our police stations and courthouses one will find that sexual violence is still the the least reported and least convicted cases. Why?

Not long ago the whole society went on a rampage against the National Human Rights Commission and people like myself for defending the right of any Gambian who wishes to be gay. In all of these cases people claimed culture and religion as the basis of their opposition. So where is culture and religion in the case of Lamin Bojang?

Yet here we are with an adult Gambian Muslim married father exposing his nakedness to illegitimate and external partners only for the entire society to ignore that indecent act and stand by him. Yes, I condemn those scammers but it is up to me and you to entertain them to the point of exposing ourselves to them. Until today I, like many others do receive many Facebook, WhatsApp and email 419 messages from men and women luring me into friendships, businesses and other activities that I immediately delete because my better judgment tells me they are scammers. I realize that I have a name, family and society to represent and protect and I do not wish to fail them.

What if it were a woman, especially a woman politician or celebrity who had exposed her nakedness in such a video? How many of us will come to defend her? I cannot imagine how many horrible names she would have received, not to mention the fact that her husband would most likely throw her out immediately!

It appears to me therefore that this society is still not ready to create the kind of society we deserve. Those who hold political office must be held to the highest standard because political office is powerful in the real sense of the word. Go through our public offices and security agencies to realize how many Ministers, Permanent Secretaries, Generals, ASPs, MDs and Directors constantly abuse their female staffs. I know many women who have resigned from public institutions because their male superiors have made advances for sex that they refused. Some women are forced into sex just to get a promotion, travel or training among other entitlements they deserve.

When political office and its holders lack ethics this is the fertile ground for corruption, abuse of human rights and plunder of public wealth become a culture. The Yaya Jammeh Tyranny is a very good example of that. Because of his intensely high level of immorality, in total disregard of culture, religion and laws, we saw how the incidence of rape, torture, disappearances, unlawful dismissals, insults, official looting and extrajudicial executions became the order of the day.

I sincerely feel sorry for my brother Lamin and I wish he overcomes this mess. But as a nation, we must demand the highest of our elected and appointed public officials and those who seek such offices. For that matter, its high time political parties create a code of ethics for political leadership. We need sexual harassment policies in all public offices. We need a code of conduct for ethical standards for National Assembly Members. We need to expose public officials who prostitute our girls and women because of their power and position. Public office must be guided by the values and standards of decent, ethical and just behaviour.

Having garnered many years of experience and knowledge in the financial industry, Mr. Kemo Barrow thought it was about time to write a book. 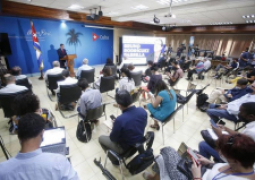 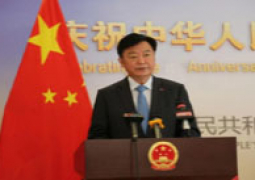