Another factor is Africa’s over-dependence on Foreign Aid. In a continent where more than 28 countries depend on food aid, over 40% live without safe drinking water or access to proper sanitation and nearly 94% of all pharmaceuticals are imported.

These societal problems pose a daunting challenge to combat the respiratory disease in the world’s poorest continent.

According to a 2014 report, Africa receives over $133.7 billion yearly from official aid packages which simultaneously incurs $191.9 billion from debt repayments and loans. Hence, evena possible waiver of Africa’s $50 billion debt payments this year by IMF and World Bank shareholders, still leaves the continent needing over $44 billion to fight the Covid-19 pandemic.

The Politicization of the coronavirus also serves to cause more harm to third world countries in Africa.The United States as one of the biggest contributors to the WHO recently suspended funding to the organization. President Donald Trump accused the UN health agency of being “very china-centric”. This means the WHO could be forced to scale down its financial support to developing countries.

Nevertheless, Africa can take solace in some historical fact that it has more experience in dealing with epidemicsthan their counterparts. With more than forty-two years of containing several outbreaks of the deadly Ebola virus.

Although 40% of the urban population in Africa is still concentrated in overcrowded slums and unplanned settlements where many people are also vulnerable to other communicable diseases such as Polio, HIV/AIDS, Cholera etc. One such case is Niger Republic where a fresh Polio outbreak was reported after vaccination was suspended due to the coronavirus Pandemic.

The situation is quite bleak around the African continent. Some parts of East Africa are facing a Locust outbreak currently destroying foods, severe drought in southern Africa, acute water shortage in West Africa and the continent’s dependence on commodities is a huge concern as commodity prices are taking a nosedive.

In the total absence of proper measures and interventions in place, Africa could see 1.2 billion infections, 2.3 million hospitalizations and 3.3 million deaths if it becomes new epicenter, according to a study by the UN Economic Commission for Africa.

Whilst nationwide lockdown is probably the most effective means to contain the coronavirus, however, in the context of the world’s poorest continent, this may be far from the truth. With all sectors of the government already overstretched, a lasting and heavy-handed Lockdown as seen across the continent will unleash a massive political, social and long-term economic fallout that could be more devastating than the Covid-19 itself. Many small-scale businesses will be ruined and millions more will be plunged into poverty and starvation.

The clampdown measures being introduced in Asia, Europe and North America such as social distancing, curfews and regular hand washing are a huge challenge for many countries in Africa with over 40% without safe water or access to proper sanitation, 70% depends on the informal economy for their day-to-day survival with no government financial support like their counterparts in the West.

In fact, most people in Africa livein extended family households all under one roof often headed by one person who usually shoulders the burden of taking care of the basic needs like food, healthcare and water. All of this means thatstaying home in quarantine for days is not an option for many people in Africa who earn their hand to mouth income on a daily basis to fend for themselves and their families.A case in point isOmar Jallow, a local businessman in household items whose shop - a 100meters away from Gambia’s biggest market- is only allowed to open from 2pm to 6pm daily. The breadwinner of two families lamented poor sales caused by government lockdowns which are forcing him to burn through his savings for survival.

Meanwhile, African countries heavily rely on exports and tourism which accounts for 8.5% of the continent’s GDP. Hence, even Lockdowns in Europe and the United States indirectly causes havoc to African economies.Besides that, many low-income households in Sub-Saharan Africa heavily depend on migrant remittances from family members in Europe or America where lockdowns are currently affecting jobs.

According to the World Bank's Migration and Development Brief, remittances to low- and middle-income countries reached a record high $529 billion in 2018, and for a country like Gambia it accounted for 15.3 percent of the country’s GDP (S. Joof, 2019).The coronavirus crisis could also shrink Africa’s economy by up to 2.6%.

There is a need to look inward to find alternate solutions and design measures that reflect both our realities and conditions on the ground. For Professor Alcinda Honwana, a Mozambican anthropologist, Africa’s response must be creative.

“Our governments need to be more creative in finding ways to get people to respond to this pandemic rather than taking first world responses and trying to apply them to our conditions.”

It is against this backdrop, a high Court in Malawi recently backed appeals by a human rights group to temporarily bar the government’s plan for a 21-day lockdown arguing that the government did not put a plan in place to cater for poor people during lockdown.
In the Media

The situation in Africa has not received much coverage in Western media, however, two French doctors recently spark wide controversy for suggesting the idea of testing a vaccine for the coronavirus in Africa. They were accused of racism for saying in a French TV channel, that any possible vaccine for coronavirus should be tested on Africans first.

The two doctors later apologized for their comments, but it was too little too late for two-time African player of the year, Didier Drogba who responded angrily to the racist remarks.

“It is totally inconceivable we keep on cautioning this.Africa isn’t a testing lab. I would like to vividly denounce those demeaning, false and most of all deeply racist words.’’

In another similar instance, shocking videos and images emerged on social media of racial prejudice, persecution and eviction of Africans in their houses and hotel rooms in the Chinese city of Guangzhou. Black people who underwent Covid-19 test and came out negative were still subjected to quarantine and they were reportedly denied entry into restaurants and commercial centers. They were being scapegoated for a second wave of coronavirus outbreak.

In other stories, a Kenyan widow was recently filmed cooking stones for her eight children to make them believe she was preparing food for them, reports BBC. The woman whose work as a local laundry cleaner was hampered by the coronavirus lockdown.

Handing over of Medical Supplies by WR to the Hon. Minister for Health of The Gambia. Credit: WHO Africa 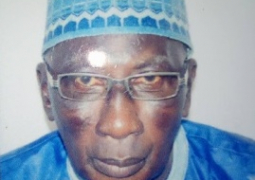 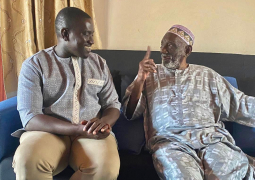