The Management of West Africa Takaful under the leadership of Management Director Momodou Musa Joof over the weekend opened a new branch in Brikama, West Coast Region.  The new branch makes it three for the company across the country.

The opening ceremony was characterised by recitation of the Holy Quran by religious leaders and attended by various stakeholders and customers.

Managing Director West Africa Takaful, Momodou Musa Joof in his remarks expressed delight and appreciation on behalf of his staff and management to extend their office to Brikama.

Mr. Joof dilated extensively about the mission of his company and its target which he said is to cover not only the length and breadth of the country but the entire West African continent.

Mr. Joof stated that, Takaful Islamic Insurance is sharia compliant insurance, clarifying that, many a time, when you say sharia, non-Muslims fear and try to go away, but sharia is nothing but a law promoting transparency, fairness and social justice.

Mr. Joof also spoke at length about what they promise to deliver and to efficiently, transparently and fairly serve to customers’ satisfaction. He also promised the people of Brikama and its catchment area about their company services. He assured that West Africa Insurance Company comprises effective and highly train personnel.

He stated that West Africa Insurance is an Insurance with a difference. “We have passion for what we are doing and we are inviting people of Brikama to give us support for the fact that the larger the membership the more benefit we expect.”

Mr. Joof on behalf of the staff and management of West Africa Takaful Insurance commended religious leaders who attended the official opening of the branch. 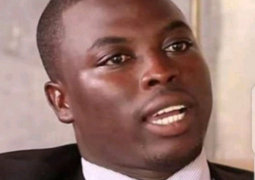 President Adama Barrow on Friday performed his Jummah salat (prayer) at the Serrekunda Mosque, in which the National Assembly member for Nyamina East, Hon. Omar Ceesay, claimed that vendors were deprived of their right to business centers during Barrow’s trip to the venue. 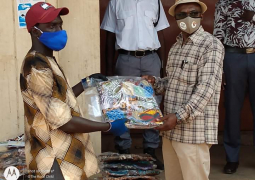 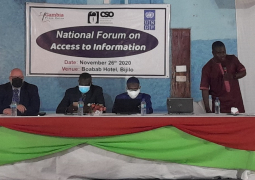