Held at a local hotel in Bakau, the event brought together stakeholders from different sectors. The event was designed to properly scrutinise the three-year strategic plan document as well as bring coherence to the coalition, thereby facilitating civil society participation in elections.

WANEP Country Director, Salama Njie said the validation was the first since the coalition was established over a decade and half ago.

She informed that the non-existence of a strategic plan limited the operation of the coalition to promote democratic governance through active citizen engagement in electoral processes.

“It also affected the coalition’s outreach engagement, visibility and national presence. The emerging challenges and opportunities within the election and governance ecosystem call for the need to foster and strengthen active citizen engagement in the electoral process thus the need for the establishment of the coalition which was established in 2006 to facilitate civil society participation in elections,” she said.

Njie said the strategy would help bring coherence to the coalition providing a forum at which views are exchanged and consensus developed.

The draft plan, she added, equally highlights four strategic objectives, which she said, include voter education, promoting gender inclusion among others.

Madi Jobateh of Tango commended WANEP and partners for their achievement in developing the coalition strategic plans. He added that the need for a strong civil society coalition is important. 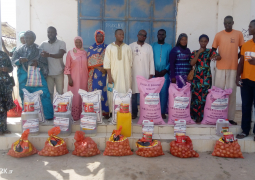 The Balance Crew, a youth-led organisation with the mission to contribute to the socio-economic development of The Gambia and the promotion of ideas of young people, has recently distributed over 19 package of food aid to needy families amid Covid-19. 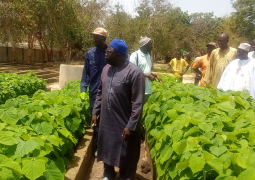