The two-day review session was convened by the West Africa Network for Peace Building (WANEP) in collaboration with the United Nations Population Fund (UNFPA), The Gambia.

The event which attracted twenty-five (25) participants, seeks to come up with a comprehensive code of conduct for youth leaders and groups for peaceful presidential elections and political transition in The Gambia. It would also devise guidelines for peace messaging by young people before, during and after the elections.

In her welcoming address, Salaman Njie, country Coordinator of WANEP Gambia, said politically motivated violence has been a recurring feature of elections in The Gambia.

“So far, the 2021 election is seemingly following a similar path. The centre of these challenges is its significant youth population with 60% of the population under the age of 25 years with youth unemployment at 38%. This has increased their vulnerability to political exploitation and election related violence in an already fragmented society with growing ethnic divisions and political party disputes.”

WANEP coordinator maintained that this year’s election is also considered as a litmus test due to unfolding agenda of reforming of the country’s sectors, adding that the outcomes of the reform agenda would set the momentum for future democratic processes.

However, she noted that in approaching the election there are controversies around the revised Constitution and other reforms processes, deepening ethnic and political divides" she said.

“Even within political parties, young people feel compelled to subdue themselves to financially affluent leaders in order to find ways to succeed,’’ she stated.

Musa Mbye, deputy permanent Secretary at the Ministry of Youth and Sports, said Code of Conduct for Youth leaders, media practitioners and peace messengers ahead of the December election is indeed apt, considering the fact that the country is fast approaching what is being considered to be a highly contested election.

“It is much needed for the key actors such as youth leaders and media, especially those to be engaged and empowered so that comprehensive guiding principles can be developed and thus guide their actions.”

Mbye observed that the increasing youth participation across the board in governance and peace building is sine qua non in achieving holistic development.

However, he noted that it is only through youth active participation at different levels of decision-making that can transform agendas so that the needs and interest of the majority of the population can be reflected and fully addressed.

“Therefore, initiatives like this will ensure inclusive peace building and conflict prevention mechanisms,”saying the engagement “is not only important but very appropriate at this point in The Gambia’s history.”

“The Code of Conduct will no doubt guide how the youth population participates politically, while respecting divergence and upholding the principles of democracy and acceleration of development.” 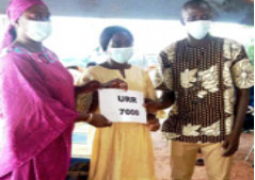 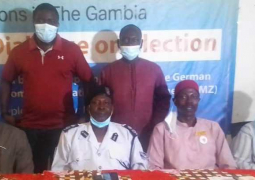 As part of strengthening awareness creation on peace building for communities across the country on the forthcoming presidential election, Geneva Centre for Security Sector Governance (DCAF) in partnership with WANEP Gambia on Monday started a five day regional dialogue.