Uprising Community Football Association (UCFA), a non-charitable association recently organised its first ever Iftar and Islamic conference under the theme: "Importance of Youth Volunteerism in Community."

The event was held at Masjid Noor in Wellingara and graced by Imams from Wellingara and its satellite villages.
In his opening remarks, Ba Alieu Jatta, father of the association said Uprising CFA was formed in 2006 as a football team but they later deemed it necessary to add religious activities.
He added that the association in observance of the Holy month of Ramadan provided Iftar to their base community.
Jatta appealed for concerted effort from elders in ensuring the community is free from crime.
Batch Samba Kebbeh, described the association founders as patriotic, saying it comprises both Muslims and Christians. 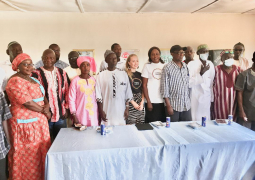 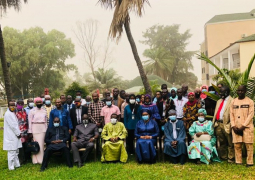