‘The impact of floods in Banjul is huge, devastating’

The National Assembly Member for Banjul Central has lamented that the impact and severity of the floods in the city of Banjul this year is huge and devastating. 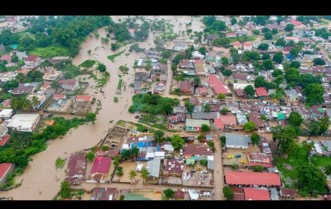 Abdoulie Njai, who was speaking in an exclusive with The Point, indicated that the recent flood has forced many families in the city to abandon their homes and seek shelter in schools.

This, he added goes to show the severity of the recent flash floods in the area.

"It's quite a bitter feeling coming home and seeing such devastation. The impact of the floods was quite huge and overwhelmed."

The impact, he added, varied based on spatial demarcation as some areas were more impacted due to the dysfunctional main canal.

"As I stood at the ring canal, one can see the stagnation and lack of water flow, so the constant downpour nonstop without proper headway will surely find ways into homes."

Njai indicted that as a community leader, he took it up with his team and conducted ground inspection in all areas within Banjul Central to have a first-hand assessment and see the impact of the flood.

"We sympathized with victims, consoled them and share their plight. We also sensitized them on the electrocution prevention methods needed to safeguard themselves during thunderstorms and heavy rains."

Njai, however, urged the government to upscale its efforts in fulfilling their endless campaign promises and attend to the needs of their people.

He said that as a member of the Project Monitoring Committee at the National Assembly, he would take it upon himself in engaging other members and looking more into the ongoing projects.

The projects of this magnitude, he observed, needed collective collaboration from all stakeholders especially officials from Banjul City Council, the Department of Physical Planning and even community elders, as some have vast experience in drainage systems while others are former civil engineers" 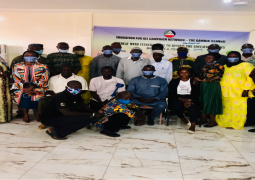 In a move to ensure attainment of quality education for all in The Gambia by 2030, Education For All Campaign Network-The Gambia (EFANet), a civil society organization on Wednesday convened a two-day retreat to review the education policy documents and programs. The retreat was organised with support from Education Out Loud (EOL). 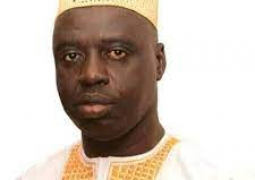 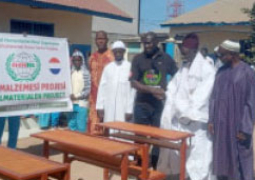 Brikama Islamic School gets furniture worth €5,000


Brikama Nyabo Kaffo, an Islamic school over the weekend took delivery of ninety (90) new tables and chairs from the International Humanitarian Relief Organization (IHHNL), a Turkish Muslim organisation based in Netherlands. 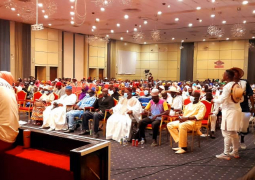