The training is meant to enhance the capacity of officers on traffic management.

Speaking at the passing out ceremony, head of The Gambia Police Force policy planning and training, ASP Ousmam Kolley said the knowledge gained would strengthen the capacity of their work.

He thanked participants for taking the time to attend the training, highlighting that the knowledge gained should be well utilized.

He expressed gratitude to The German Police support team for the support rendered to the GPF.

Sven Stadtrecher, senior project coordinator of the GPTS said part of their programs is to rehabilitate the PTS while recalling that, the GPTS was able to rehabilitate a classroom building and the gate of the PTS in 2018.

“Our goal is to build capacity of The Gambia Police Force and to help them get back to the public efficiently”, he stated.

“I’m hopeful that the officers trained would utilise the skills learned on the traffic and also help in the training of other officers in their various departments”, he went on.

Sven said the training would further broaden the knowledge of participants in traffic intervention and safety.

According to the senior project coordinator, the German police support team is a bilateral development project which receives its funding from the German foreign office.

Chief inspector of Police, Sainabou M. Badjie said the GPTS is always on standby to give them knowledge in aspects which relates to their work as officers of the GPF. She assured that the Gambia police force would be available for any further trainings which could enhance their work.

At the end of the event, the GPST presented certificates of completion to the 16 officers who took part in the training.

The training may not be the last for the PTS as the German team reveals plans to build 20 dormitories and rehabilitate the school’s kitchen which according to the project coordinator is in ‘bad shape’. 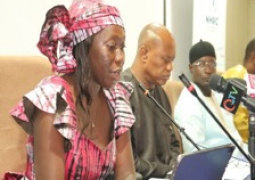 A victim of human rights violations by the 22-year Yahya Jammeh-led regime, Ayesha Jammeh, has urged members of parliament to ensure that there is expedited identification of exhumed bodies currently in mortuaries for proper handing over to their families for burial.

Marakissa Ward Councilor, Lamin Jarjue is currently touring his communities in sensitising them on the threat posed by the deadly coronavirus pandemic. 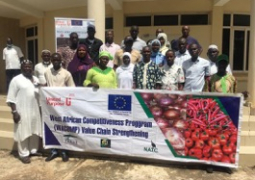 Senior officers of United Purpose (UP) and partners recently validated a ‘primary data collection tool’ meant to improve quality goods from producers in The Gambia. 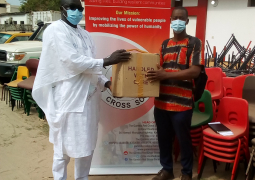