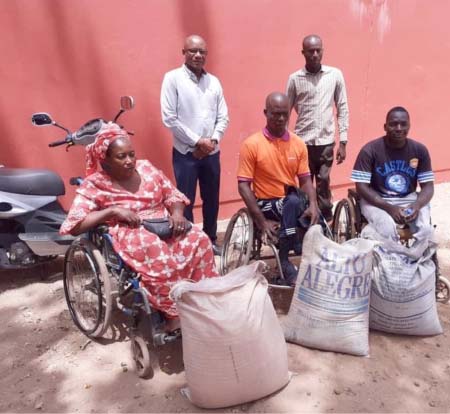 Press attaché to the organisation, Hagie Drammeh said over 60 disabled persons are currently struggling to feed their families alongside the normal challenges of settling rents and getting other basic amenities.

“Most of these young men and women are the breadwinners of their families and others are single parents and the little earning most of them were getting from their daily activities in the streets have drastically reduced for some; and others are not getting anything,” Mr. Drammeh said.

He said GNPC is constrained but committed to provide the little support it can for most of its members during this trying time, saying any support one can provide to them will be highly welcomed. “Some of the struggling members just want to have something to eat to keep the hopes on.”

Mr. Drammeh thanked the PPP leader for the gesture, saying the initiative will go a long way in helping GNPC members during this trying time.

He called on the private sector and philanthropists to join in the support to GNCP members during the state of public health emergency in the country. 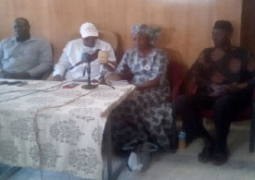 Ginkon Foundation for Development, a local foundation under the Ginkon Group Company Limited on Wednesday extended appreciation and commendation to its members and Gambians in particular for their wise decision in re-electing President Barrow in December 4th presidential polls. 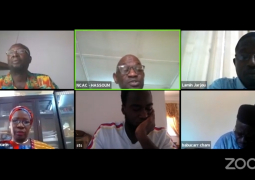 In early March 2020, The Gambia Government declared a state of public health emergency in response to the COVID-19 pandemic, which has hit country just as it has on the rest of the World. 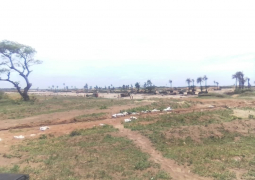 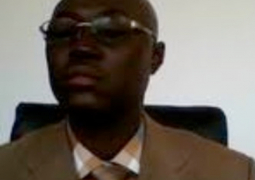 Gambia’s ambassador at Large for Business, Finance Investment has called on Diaspora community in The Gambia to invest more in the country’s agriculture sector, as it is the foundation on which all other developments rest on.