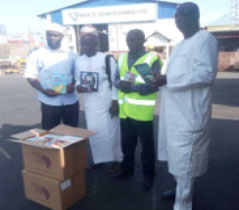 The presentation ceremony was held at The Gambia Port Authority (GPA) in Banjul.

Musa Mendy, coordinator for the foundation said that they have donated over nine hundred thousand (900,000) library books to schools across the country.

Mr. Mendy thanked Dr. Samba Faal, Lang Dibba and their partners in America for the support. He also thanked The Gambia Port Authority for facilitating the clearance of the container.

Dr. Samba Faal said the aim of the project was to provide schools with one million books to enhance students reading culture across the country.

He added that the project started when he was Mayor of Banjul City Council and since then, they have been supporting schools across the country with books.

Dr. Faal stated that it is the foundation’s aim to also build the capacities of students beyond the Greater Banjul Area.

According to him, to become a scientist one has to develop the culture of reading as well as understand the content of what you read.

He further said that they are not only contributing to quality education by donating the books but also the socio-economic development of the country.

Mutarr Sambou, principal of Maladah Upper and Senior School, said the books will improve the reading skills of students and therefore thanked the foundation for the gesture.

He assured them the books will serve the purpose they are donated. 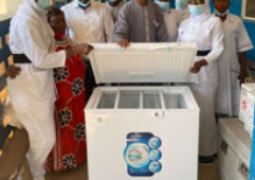 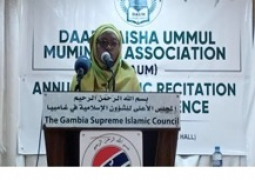