Members of the National Livestock Owners Association (NALOA) and dealers over the weekend converged at a press conference at their main office in Brikama where they appealed to government to consider the plight of farmers and re-open the 29 “lumos” within the country.

Modou Sowe, NALOA secretary generalhighlighted the negative impact the deadly pandemic has caused livestock dealers, saying the closure of “lumos” is now getting to five months.

According to him, the closure of “lumos” has greatly affected livestock farmers with regards to animals dealingand/or exchange of goods for animals and other income generation through “lumos”.

He expressed their willingness to maintain meat and milk tariffs to help consumers have access to such products.

He therefore appealed to government to consider the plight of farmers in re-opening “lumos” for farmers to be able to sell their livestock.

He pointed out that if the country’s youth are supported, we can produce for our demand and by extension export to other countries.

Lamin Darboe secretary general Gambia Livestock Dealers Association (GALDA)observed that government has relaxed restriction on other markets but still maintains its stand on the closure of “lumos”.

He highlighted that among the 29 nationwide “lumos”, only three are operational which are within the Greater Banjul Area.

Ebrima O. Jallow president of NALOA said the closure of “lumos” has caused a negative impact on the entire Agricultural livestock value chain.

“All sectors in The Gambia are enjoying except the livestock,” he noted, describing the act by government as unfair to farmers.

He therefore appealed to government to consider the plight of farmers and re-open “lumos” across the country as their survival depends on it.

“Covid-19 has caused devastating effect on our economic and the livestock is no exception,” he concluded. 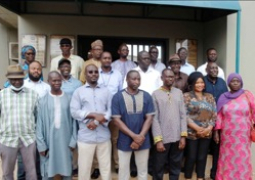 For standard and quality assurance of all qualifications, the National Accreditation and Quality Assurance Authority (NAQAA) recently reviewed and validated the Institute of Travel and Tourism of The Gambia (ITTOG) Performing Arts, Cookery and Pastry curriculum. 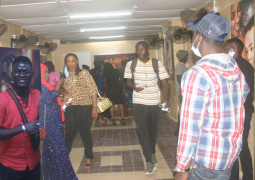 A Gambian professional artist Ebrima Gitteh in collaboration with the National Centre for Arts and Culture (NCAC) recently launched a one-month long art exhibition under the theme ‘Empower Breast Feeding’. The exhibition was proudly sponsored by National Nutrition Agency (NaNA). 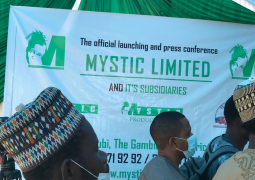 Mystic Limited, a multi-media innovative-oriented company recently opened its doors to the country’s business environment, with a focus to use multimedia, organic agriculture and import and export services. 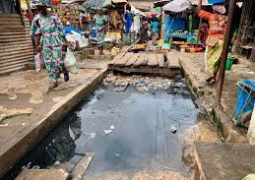