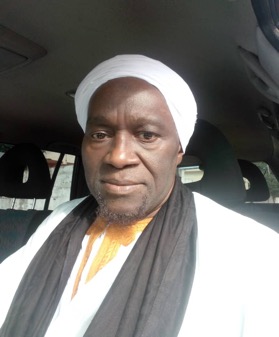 Sheikh Abdalah Qadir Kanteh was speaking during an exclusive interview with The Point at his Kololi residence on Sunday, as Muslims around the world prepare for this ‘special night’ tonight.

“Laylatul Qadr’s one night worshiping is equivalent to 1,000 months worshiping which is equal to 83 years 4 months worshiping and I urge the Muslim Ummah to make sure they look for the night during the last ten days of the Holy month of Ramadan.’

“In this important night. We (as Muslims) need to encourage each other by worshiping Allah throughout the Holy month of Ramadan especially its last ten days.

According to Aisha, the wife of Prophet Muhammed (SAW), Prophet Muhammad(SAW) used to wake-up his family to worship Allah during the last ten days of Ramadan.

Imam Kanteh revealed that during these last ten days, many Muslims have the believe that Laylatul Qadr falls on the 27th night of Ramadan.

He added: “I am advising Gambians especially the Muslim Ummah to continue respecting each other by avoiding altering bad words against each other, character assasination, image tarnishing which is severely condemned in the Holy Quran as mentioned in Suratul Nurverse 19.

“Allah the Almighty says, indeed, those who like that immorality should be spread among those who have believed, will have a painful punishment in this world and hereafter”.

The renowned Islamic scholar quoted Holy Prophet Muahmmed (SAW) as saying: “He who doesn’t avoid talking or doing evil things against his or her fellow human beings, Allah will not accept our prayers”

He thus wishes all Muslims around the globe a happy Koriteh in advance and prayed that God Almighty accept our prayers during this Holy Month of Ramadan.

The Gambia has registered 330 new cases of covid-19, bringing the total infection since 16 March 2020 to 11,122, according to latest information from the Ministry of Health.