At the start of training held its headquarters, Secretary General Alasan Senghore said the training was important for them as a national society because they need to adhere and respect their principles of non-discrimination and the context on which they operate.

“The context of Covid-19 has changed the dynamics which means the world has changed forever, whether for the good, bad or worse,” he said, adding that they need to look at the critical issues that would help them to function most effectively based on their fundamental principles.

He highlighted that challenges related to gender-based violence is becoming a major issue within the context of Covid-19, pointing out that there used to be safe space which no longer exists.

Mr Senghore said the safe space is not existing because during the pandemic, people do not interact the way they used to, saying people now spend more times in their houses especially the girl-child, who used to spend a lot of time in school.

“Today, most people are confined to the corners of their compounds or houses which pose a risk because people have to adapt to each other,” he said.

He indicated that the conferment and the stress related to the effects of Covid-19 and the economic hardships that come with it have added pressure on parents and everyone else and because of that, people intentionally or unintentionally tend to interact differently which makes life more challenging.

He said some people can adapt while others may not, saying there could be advantages of Covid-19, but there are disadvantages too. The advantages, he went on, is that people come together as families and be stronger, live together and understand each other better, while the disadvantage is that some people may not be able to capitalize on that to build family bonds but rather react differently and very often the weakest in the family or community faces those challenges of negative reaction.

“As Red Cross, let us be vigilant on how people are reacting, living together and be open to listening to them and helping them as well as referring them to wherever we have to,” he told the participants, hoping that they will apply what they have learn when they return to their various branches.

Abdoulie Fye, program manager at The Gambia Red Cross Society reminded participants not to use their positions as advantage to exploit or discriminate people they are suppose to help and guide, saying it is against their norms and values. 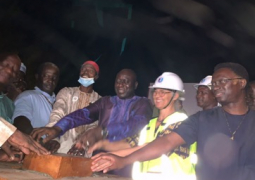 The foundation stone for the construction of new USET multipurpose skills training center in Wassu community, Central River Region has been laid. 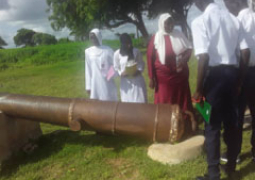