As part of their mandate to safeguard the welfare of media professionals and promote press freedom, The Gambia Press Union Executive Board on Thursday 10th February held a meeting with The Point Newspaper. 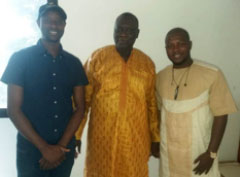 The GPU Executive Board tour of media houses is also meant to familiarise and discuss issues concerning welfare of members as well as understand the challenges the media face.

Muhammed S. Bah, GPU President said the meeting was aimed at introducing themselves to key people in the media and discuss the way forward especially the relationship between GPU and media houses to bridge gaps that exist.

He urged media chiefs to look into the welfare of their employees, making sure not only are they paid on time. but also sign the Collective Bargaining Agreement (CBA) intended to address poor wages and improve working conditions for journalists.

Mr. Bah also highlighted the importance of media chiefs encouraging their employees to join the GPU. He said, “Without members the GPU will not survive.”He went on to state their intentions to revive the Credit Union for journalists.

Pap Saine, Director of The Point Newspaper commended the GPU leadership for the initiative.

He pointed out that their challenges include delay in payment by advertisers and payment of staff salaries on time.

The veteran journalist urged Government to support media houses on the minimization of taxes as well as abolishingdraconian media laws.

He assured the union of his management’s willingnessto fulfilling its staff duties to The Gambia Press Union.

Chairperson of the Civil Society Organisations (CSOs) Dialogue Platform on Human Rights, The Gambia has called on all civil society organisations in the country that are yet to register with the platform to do so soonest. 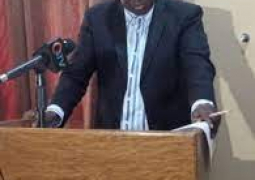 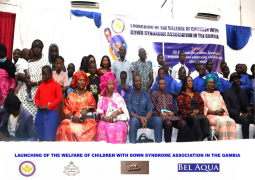