The items were presented at a ceremony held at the organization’s office in Kanifing.

Presenting the items, Yankuba Manneh, communication officer at GPA, said the gesture came following a request to the management of authority by the association soliciting for support in the aforementioned items.

Manneh indicated that the management is aware of the contribution and role the recipient play in the society.

“That’s why we did not hesitate to accept their proposal taking into account the budget line amounting to the sum of D91, 500. That’s the total cost for the six sewing machines.” he revealed.

Manneh acknowledged that authority is very much supportive to the disability community in the country, noting that it’s one of many supports that they have been rolling out to ensure that persons with disability in The Gambia are not left behind.

This, he added, would enable them contribute to the socio-economic development of the country.

“Being physically challenged doesn’t mean they are unable. So the management of Gambia Ports Authority is always here to support persons with disability whenever the need arises. We do hope these machines would go a long way towards empowering and equipping members of the community with life skills.”

Also speaking, Yankuba Amadou Faal-Sonko, director of OSDIVI, thanked the management of GPA for their laudable effort in donating those useful working machines to the organisation.

He acknowledged that that was not the first time the authority is reaching out to the organisation since its inception in 2011.

He thus called on other companies to emulate the GPA, assuring that the donated materials would greatly help in facilitating their work. 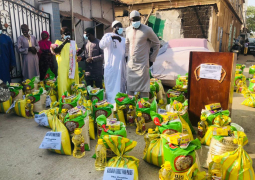 Al-Quran Foundation Banjul in collaboration with Africa Relief Fund based in the United Kingdom last Friday extended support in the form of Ramadan food packs to 45 vulnerable families with within the Greater Banjul Area. 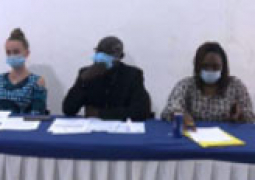 Solution Bay Spirituality (SBS); a charitable organization have recently donated some sanitary materials worth over D20, 000 to Jeshwang prison.