Yusupha Touray, who was deputising for the higher education minister, was speaking at the fifth graduation of the American International University in The Gambia.

AIUWA is an approved, registered and accredited institution by the Ministry of Higher Education, Research Science and Technology and the National Accreditation and Quality Assurance Authority (NAQAA).

The government of The Gambia, he said, recognises the critical role of AIUWA in providing and ensuring equitable access to quality and relevant tertiary education in the country.

“This private university complements the government’s efforts through a consistent production of professionals in the areas of healthcare, arts and humanities.”

DPS Touray indicated that AIUWA complements government’s efforts in providing scholarship to Gambians in all disciplines.

He acknowledged with delight government’s appreciation to the contribution of AIUWA to the human capital formation at the Ministry of Health.

“The government under the leadership of Adama Barrow upholds the highest standards of governance, accountability, and transparency.”

Also speaking, Professor Makie Taal, vice chancellor of AIUWA explained that government of The Gambia has allocated land to the AIUWA College of Management and Information Technology for the development of its campus.

Mr Dinesh Shukla, chancellor and founder of the American International University of West Africa, expressed gratitude to the government especially the Ministries of Higher Education, Research, Science and Technology and Health for supporting AIUWA in achieving its vision and mission in the country.

The degrees earned, he explained, will pave way for more opportunities not only to help personal goals, but also equip students to be a part of something larger than self.

Baba Barrow, Chief Executive Officer of The Gambia Institute of Chartered Academy congratulated the graduating class while describing their achievement as a major milestone.

CEO Barrow noted that professionals like health, accountants and lawyers are highly needed to be able to develop as a country. 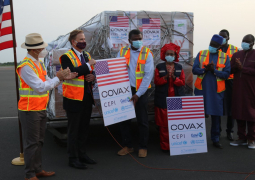 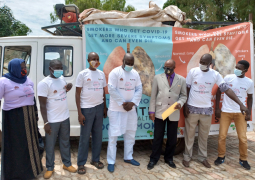 The programme unit on Non-Communicable Diseases under the Directorate of Health Promotion at the Ministry of Health is leading an awareness creation on the relationship between COVID-19 and Tobacco. 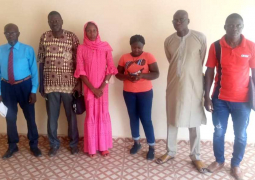