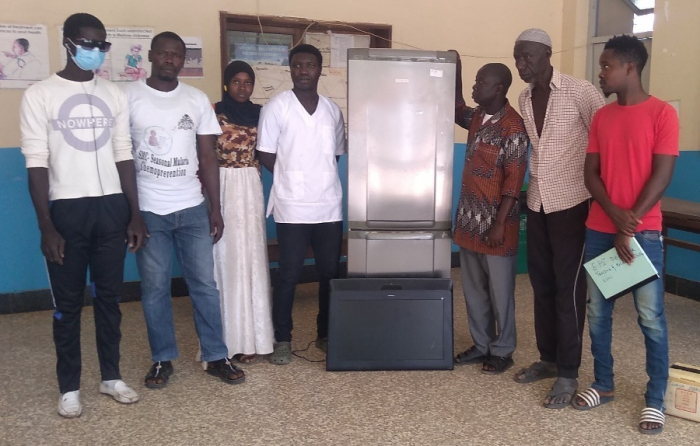 Born in Njaba Kunda in the North Bank Region, Sawaneh in the past has been supporting the country’s key institutions especially the health sector.

Presenting the items on behalf of the donor, Lamin B. Darboe, a Gambian friend said the donor, Sulayman Junkung Sawaneh is synonymous to supporting key institutions in the country.

He recalled thatin the past 20 years, Sawaneh has supported many institutions, notably; health facilities, Department of Prison Services, Home for Elderly at Bakoteh, among other sectors.

Mr. Darboe appealed to the recipients to take good care of the items, saying the donor has the interest of Gambia at heart and that this is why he is doing this kind gesture.

“Mr. Sawaneh is spending his own money to purchase these items for Gambia because he wants Gambians to live in a better life.”

At a handing over ceremony held at Kiang Karantaba Health Center, Officer –In-Chief at the health center, Modou Lamin Jaiteh commended the donor for what he described as ‘worthy and timely.’

Jaiteh revealed that Kiang Karantaba Health Center needs more help as it is the only biggest government health center within Kiang West and rest of the Kiang in general.

He thus appealed to the donor and other Gambians outside the country more particularly the citizens of Kiang to come to the aid of the health center with medicaments.

“We are appreciative of the donation and we promised that the items will be put into good use and let me commend you (Lamin B. Darboe) for spearheading this historic donation in your own area.”

Bambo Fatou Kambi, a native of Kiang Karantaba on behalf of his community, hailed the donor for the gesture, further explaining that the entire villageis appreciative of the humanitarian gesture.

Officers-In-Charge Pakaliba and Brikamaba Health Centers, Buba Jobe and Ousainou Gomez both described the donation as ‘timely and worthy’, assuring that the items would be care of to serve its purpose. 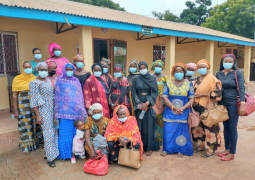 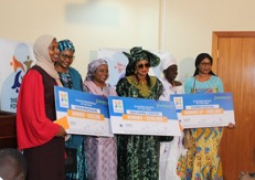 Q-Group Foundation under the leadership of Chairman Muhammed Jah recently handed over cheques amounting to six hundred thousand dalasis to three women entrepreneurs from three categories awarded by the Gambia Chamber of Commerce and Industry (GCCI). 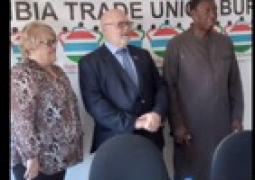 The British High Commissioner to The Gambia, His Excellency David Belgrove recently visited The Gambia Trade Union Bureau (GAMTUB), where he met officials of the bureau to discuss issues of national development. 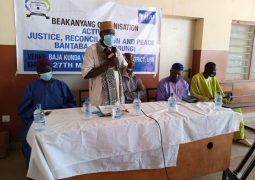