The event seeks to promote sheep breeding in The Gambia and most importantly to promote breeding as a venture with potential to reduce youth unemployment. The four-day event also seeks to demonstrate to the public the process of breeding and the types of sheep that are bred as well as encourage youth to venture into sheep breeding to reduce importation of sheep and rams.

At a presser held over the weekend at Abuko, Ebrima Jallow - president of Gam-Sheep Breeders Association informed journalists that about 95% of sheep consumed in the country comes from neighbouring countries like Senegal, Mali or Mauritania.

“It breaks my heart to see millions of dalasi that we spent to get ram from these countries. This was the main reasons we invested our wealth into sheep breeding in our own land,” he added.

Jallow expressed some of their plans, which he said, is to engage in mass products on breeding to address the importation of sheep into the country in the soonest possible time.

He commended the Ministry for touring sheep breeders in the country, something he said, is the first of its kind in country.

“We urge government to empower the Department of Livestock, so that we the private people investing in livestock can attract more people to also engage into sheep breeding. I personally started with 6 sheep but now I have more than 300 sheep at my farm,” said Jallow.

He equally challenged young people to venture into sheep breeding than investing huge money on deadly voyage in search of greener pasture in the west.

“Before spending D200, 000 on the back way journey, I will advise youth to use that money and venture into farming and you will become successful by the will of Allah,” he advised.

“We all know the livestock production in the country by looking at the population is very slow and the demand is high but the production (livestock) itself is also very minimal. So this is an avenue for farmers. We need to come together and also collaborate with government to make sure we meet demands of Gambian people,” he stated.

Jallow called on all to support the country in the successful hosting of the mega show -National Ram Show.

“Come and see what exactly the farmers are doing, especially the breeders,” he added. 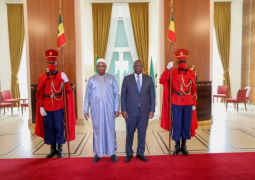 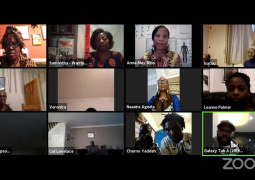 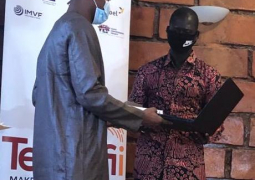