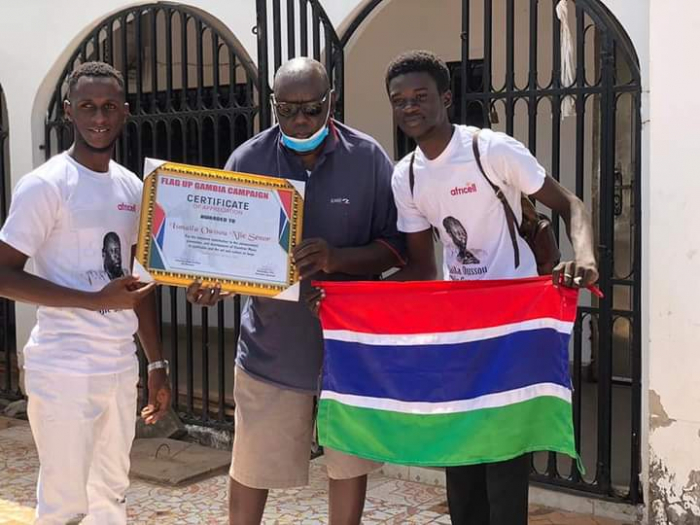 Flag Up Gambia, is a group comprising young people united to celebrate and promote anything positive about the country and her people.

The event, which was celebrated on Monday, took the form of walk from Africell to Traffic Light at Fajara.

The legendary music icon has no doubt played a crucial role in shaping the country’s music scene.

Barhama Cham, a leading Gambian vocalist who was among the participants, expressed gratitude to be associated with the event.

He subsequently shared his experience with Uncle Oussou Njie, while acknowledging his contribution in coaching and guiding him in making sure that he progressed as an artiste.

Flag Up Gambia members used the opportunity to express their heartfelt gratitude to the organising team, Africell and all those who supported them.

The team further proceeded to Uncle Oussou Njie’s residence in Fajara, where he shared with them some joyful moments as well as encouraged them to be steadfast in their careers. 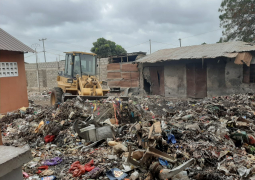 Brikama Area Council yesterday conducted a cleansing exercise at Nema Kunku market as part of their routine efforts to eradicate illegal dumpsites that are created as a result of indiscriminate dumping. 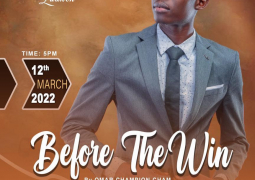 One of the country’s prolific and fast rising poets, Omar Cham better known by his sobriquet Champion is set to launch his first-ever poetry album titled “Before The Win”. 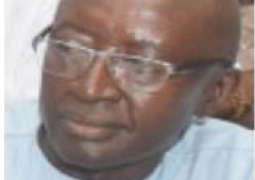 On behalf of the Party Leader and Secretary General Hon. Bakary B. Dabo, and the party Central Committee, we write to convey blessed Ramadan greetings to all Gambians, and the greater Muslim Umaah.