Since the confirmation of the Covid-19 pandemic in Wuhan, China, many people who contracted the virus have been discriminated either by family members, friends or even co-workers. 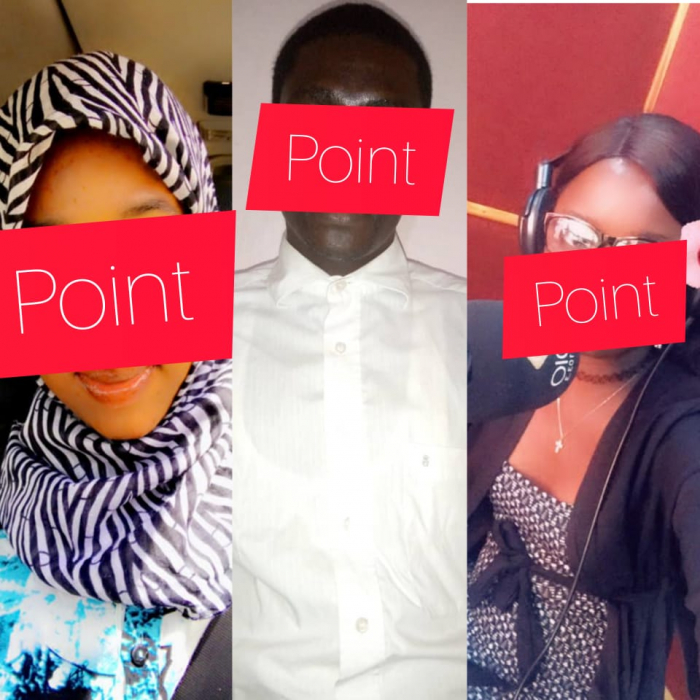 In The Gambia, many people believed that those pronounced positive of the virus were bribed by the government and as a result, some faced numerous stigma and discrimination. However, some were even driven away from their family compounds and labeled as ‘the cause of their infection’.

Louise S. A. Alsan, a freelance journalist and Covid-19 survivor explained that she did not know how she contacted the virus, saying she was always wearing a facemask, sanitizing her hands and observing all necessary precautions. She added that she suspects coming into contact with the virus during the cause of her work.

“After I was pronounced positive, I prepared my mind and said to myself ‘anybody can get it anywhere you may be.’

“I did the test voluntarily because some of my colleagues tested positive,” she said, adding: “I was mentally prepared and before the test result came out, I isolating myself.”

She indicated that it was a hard moment for her, noting that society could not believe her because some think Covid-19 did not exist while others though it was a joke.

The survivor highlighted that this led to her stigmatisation and discrimination, saying it was very hard for her family but her co-workers understood because they know the reality.

“After I tested positive, I made sure people around me were safe but after sending a video that I contacted the virus, it got worse as even my family could not understand. The most difficult thing during my treatment was the lack of support from my family,” she bemoaned.

She urged Gambians to know that Covid-19 exists and behave or treat everyone around them like they are positive in order to be safe.

Oumie Sowe, a reporter with Paradise TV and a Covid-19 survivor narrated that she contracted the virus through a colleague at work, adding that after the Fatu Network announced on its page that someone from her office tested positive for Covid-19, she immediately went on self-isolation.

She added that a day later, she did the test with her family because she was scared to transfer the virus to her mother who has an underlying illness. Unfortunately their results came out positive with her 7-year old brother.

“We received treatment at home and took all precautionary measures. As a journalist, it was not a big deal for me because my colleagues gave me all the love and support I needed and I was taken care of by my family as well,” she said.

Despite being in that condition, she continued that she worked from home and had contributed to all the activities of her office.

She added that the most painful moment for her was to see her mother and brother going through pain, which was literally caused by her.

“I was living with guilt but kept praying. A week later, we did our second test which came out positive. I became devastated and scared for my mother. I would wake up every night to pray to God to heal whoever was going through pain especially with Covid-19,” she stated.

The journalist further indicated that another week later, they did another test which came out negative. She emphasized that she did notgo to any treatment centre, instead received treatment from home.

“Most Gambians are misinformed that Covid-19 is not real. I would urge everyone to take precautionary measures and follow the WHO regulations,” she concluded.

Sulayman Waan, also a freelance journalist who contacted coronavirus, described his experience as a horrible moment, saying it coincided with the Tobaski feast. He added it was unfortunate as he could not enjoy the feast with his family.

“I was informed about my positive status on the day of the feast by Ndemban clinic. At the time of doing the test, I did not inform my family because people have the perception that whosoever contacted the virus can die and as such I did not want to trigger that panic on my family. I decided to be silent and three days after the fest, the Ministry of Health took me to the sanatorium in Banjul. I was there for a week before I was transferred to Lemon Creek hotel,” Mr. Waan said.

Waan stated that until he was discharged, he never informed his family about his positive result. He confirmed to this medium that he is a freelance journalist who depends on his stories for survival, while adding that during the time under treatment, he could not to do his work.

“I did not work for almost one month because I spend nearly two weeks under treatment. I have encountered so many discrimination because when I was positive, I decided to inform my colleagues at the Gambia Press Union WhatsApp group that I went close to someone who was pronounced positive three hours after our separation. That motivated me to check before interacting with my family but people called to describe and called me names for mentioning someone I believed infected me,” he pointed.

The Covid-19 survivor further stated that after he was discharged from the treatment centre, he was accused that he receive D10, 000 to pretend he got the virus, saying that stigmatisation seriously affected him.

Muhammed M.S. Bah, a human rights advocate and the current Vice President of The Gambia Press Union (GPU) said discrimination is universal when it comes to Covid-19, saying Gambia’s situation is among the worst.

He added that in our society, if one has such diseases, people tend to disassociate themselves with them and sometimes call them names that can cause psychological trauma.

“The reason people discriminate is a result of their lack of understanding of the Covid-19. Some people are thrown out of their families because they contracted the virus but were able to challenge it. Discrimination is prohibited by the Constitution of The Gambia and certain international laws like the African Charter for Human and People’s Rights and the Universal Declaration. It is also not morally and ethically right for one to discriminate people because of certain sicknesses,” he said.

Mr. Bah stated that government has a key role to play because their primary mandate is to protect and preserve rights of citizens to ensure that people’s dignity is respected as stipulated in the Constitution and other international laws.

He added that the government should ensure that people are sensitized through media houses about Covid-19 and how they can embrace people living with the virus.

He further emphasized that Covid-19 is not a death sentence and having it does not mean one will infect the whole community, saying sensitisation can make people avoid discrimination and know the penalties attached. He said the government should put strict measures in place to ensure people have a platform to complain about discrimination.

“Discrimination in any form is a human rights violation and people can resort to court in order to fight people that discriminated them because it is against the Constitution to discriminate someone - be it race, gender or anything,” he emphasized.

Bakery Sonko, lead mental and psychosocial support and research subcommittee of the covid-19 response team said they had received complaints of stigma and discrimination, saying what some report as stigma, is not considered stigma because of misunderstanding. He added that they have seen in some situation where covid-19 patients were not accepted by the community.

“That is a realistic report and when people report about stigma, we investigate its nature. We also look at family reactions to patients who recovered from the virus. We emphasise that people accept patients because if they are treated, they become as any other person. The fear associated with some people that covid-19 kills contributed to the fear factor and people’s isolation of patients.”

He said they always speak to communities in order to authenticate whether patients face stigma or not. He said if people do not stop stigmatisation, patients will be isolated and can develop depression or mental and behavioral disorders.

“Every individual no matter what condition you are, have a right to be protected. People should not be abuse because of a medical condition.

Sonko advised that stigma and discrimination should not be accepted in the country because no one chooses to have Covid-19. 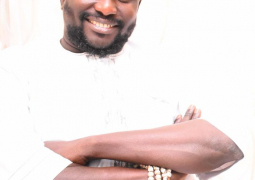 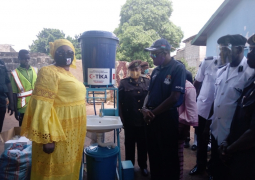 Rohey Malick Lowe, Mayoress of Banjul City Council (BCC) has underscored the significance of unity in the fight against the deadly coronavirus, arguing that “we should work collectively with a view to completely fight the spread of the invisible enemy in the country.” 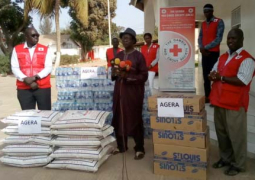