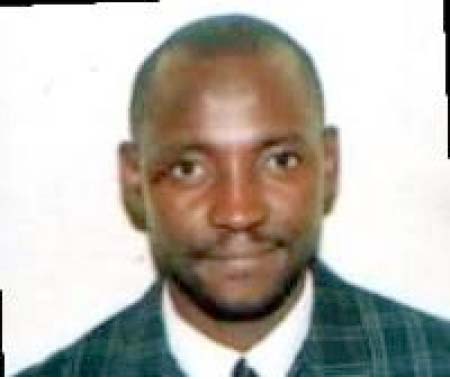 In a protest note sent out to Chinese President, Xi Jinping, and copied to African Union Commission Chair, Moussa Faki, the Banjul-based non-profit, non-governmental organisation of African citizens, people of African descent and people of good will towards Africa, “expressed its strong concern and condemnation against the rising incidents of xenophopia, racism and racial discrimination, wherever they are perpetrated.”

“AU Watch is particularly concerned by the sad and despicable news coming from China on the xenophobic, discriminatory and inhumane treatment against Africans, over the new Coronavirus by Chinese Immigration officials who seized their passports, landlords who evicted them, and businesses particularly hotels, which mistreated and denied them accommodation. African people were forcibly quarantined, tested and isolated,” the statement decried.

“We agree with the statement of the Director-General of the World Health Organization, Dr. Tedros Adhanom Ghebreyesus, who said that “stigma, to be honest, is more dangerous than the virus itself,” the NGO reiterated in the protest note.

The chairperson of AU Watch, Hon. Bahame Tom Murkiya Nyanduga, responding to the news from China, stated that: “Africa has a long history of welcoming openly Chinese people in our communities, and that racism, racial discrimination and xenophobia against Chinese nationals should be condemned in the strongest terms.”

He further stated that: “the Covid-19 pandemic has claimed the lives of over 100,000 people world-wide, up to this moment in time, forced millions around the world into “social distancing”, and sheltering in homes.

“We salute the health workers and frontline service providers in all countries, some of whom have paid dearly with their lives, in countries such as Italy, Spain, France, UK, Iran, United States and all African states, from Kenya to Senegal, and South Africa to Egypt. This is a time for international solidarity, not discrimination. AU Watch salutes the Chinese Government for the measures it took to stop the virus from spreading further than it had done,” the statement added.

AU Watch said it was dismayed and shocked when it learnt that Beijing, which many Africans have lately come to regard as a friend of Africa brazenly engaged in open, unprovoked, malevolent and wanton discrimination, racism, racial profiling, mass incarceration, xenophobic acts targeting African people in China.

“African people are being thrown out of their residences and hotels, and left homeless, jobless, having become targets of suspicion, and subjected to forced evictions and arbitrary quarantines over the Covid-19, whose origin had nothing to do with them!”

“AU Watch and the vast majority of Africans and as citizen of the world believe it is our collective responsibility, as members of the human race to confront it without stigmatisation and to ensure our spaces are inclusive and accessible to all,” the statement noted.

To the government and people of China, the NGO urges them to ensure that all xenophobic, racist, discriminatory measures taken by Chinese government authorities, landlords and businesses targeting African people are rescinded and brought to end.

“African people in China must be guaranteed all their basic and fundamental rights and freedoms, similar to any person legally resident in China,” it said.

The body also welcomes the African Union’s concerns about the growing xenophobia and racism against black Africans while commending African ambassadors in China for their timely intervention to protect the rights of African people in China.

Meanwhile, AU Watch made a clarion call on all Africans in China and elsewhere to pay attention to social distancing measures as well as to put safety first, remain calm and report to police, universities and their respective embassies any acts of xenophobia, discrimination and inhumane treatment against them promptly. 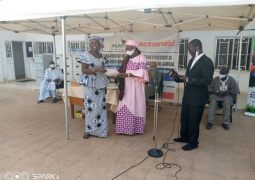 ActionAid International The Gambia (AAITG), in partnership with Njawara Agricultural Training Centre (NATC) is implementing a 2.7 million Dalasi three year project that will support 100 vulnerable smallholder farmers in The Gambia. 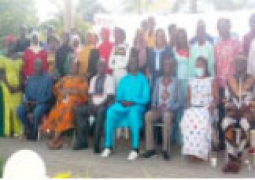 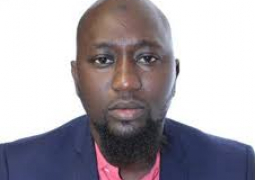