As part of the European Union project, City Link Ostend-Banjul team last Wednesday disclosed a project worth €3M which will see planting of 5000 coconut trees along the Banjul coastline. 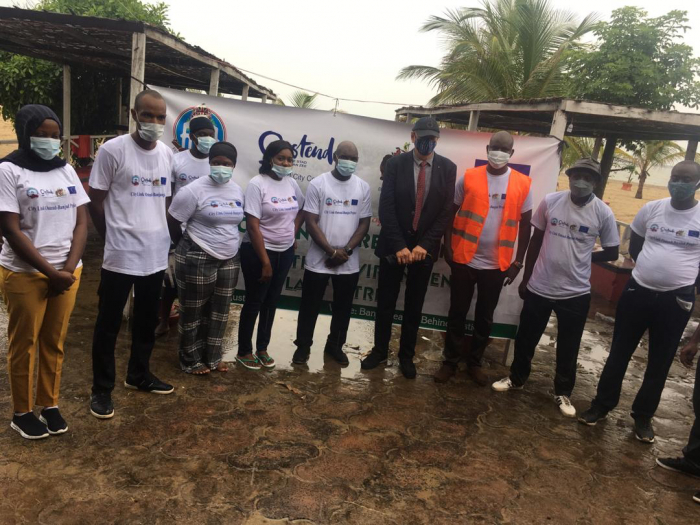 The objective of the project is to strengthen the urban governance capacity of Banjul City Council (BCC) by developing efficient public service and a future proof programmes for the city of Banjul.

Under the greening Banjul component of the project, one of the planned activities is the planting of 5000 coconut trees on the Banjul beach with the aim of preventing coastal erosion and desertification, said European Union  Ambassador to The Gambia, Attila Lajos

Ambassador Lajos said the coconut trees will be an engine for economic growth and contribute to food security within the city.

Climate policy, he went on, must include not only ambitious measures to reduce greenhouse gas emissions, but also concrete investments at local level to remove carbon already in the atmosphere.

“Trees are nature’s own carbon removal engines. Investing in planting and sustainably managing trees could remove large amounts of carbon dioxide while creating hundreds of thousands of jobs, many more jobs per dalasi or euro spent than in carbon intensive industries like oil or gas aviation,” he said

He further stated that the project goes beyond coastal protection and mitigating the climate change, saying “it is extremely encouraging to see the Banjul City Council invest in the knowledge and skills of its staff and councilors within the framework of Future Proof Banjul and to acknowledge the importance of a sustainable city waste management system”.

The project, she went on, is a three-year project and it's the responsibility of Banjulians to sustain the project that is why they involve the youth of Banjul in every activity they are doing to ensure participation and sustainability.

‘When we talk about good governance we talk about all inclusions and involving everybody in everything we do because it attracts accountability and that is why we want Banjulians to be part of this transformation.’

“The project is aimed at uplifting Banjul and the hope to implement the project to the fullest”.

Omar B. Touray, deputy mayor of Banjul on behalf of the mayor, thanked the funders of the project, which he described as a huge gesture for The Gambia.

He thus urged all to take ownership of the project for its sustainability. 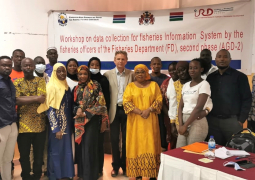 The Department of Fisheries in collaboration with the Sub-Regional Fisheries Commission (SRFC) and the French National Research Institute for Sustainable Development (IRD) recently concluded a two-day training workshop on data collection for the Fisheries Information System. 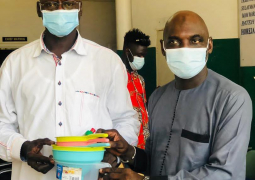 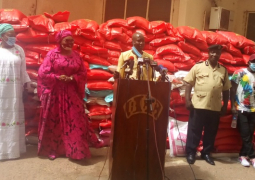 In its effort to reduce the youth unemployment in the country, the National Youth Council (NYC) has kick-off an internship programme for young people of The Gambia at an orientation ceremony at its head office in Kanifing South.