An author, Dr. Morro Krubally, in his latest book titled: ‘Senegambia – Unity is Our Salvation’ has used the book to dilate on revisiting the unification of Senegal and The Gambia with an economic prism.

The book, is set for launch at the Sir Dawda Kairaba Jawara International Conference Centre, Bijilo in February 2022. It is 188-pages with 13 chapters which include Historical Background – Gambia; The Improbable State; Gambia and Senegal – Realities of Socio-Economic Growth; Economics of Senegal; Integration of Senegal and Gambia; Leverage Common Trade Interest of Senegal and Gambia; Free Trade, Growth and Convergence of the Minds; Recent Developments, Outlook and Risks in Senegal; Interviews; The Long-Term Security-Gambia Lies in Unification with Senegal; The Eco-West African’s New Currency and Economic Transformation of Senegal and Unity.

Meanwhile, Dr. Krubally, in this book states that historical facts had supported the fact of Senegal and Gambia are one entity formally known as Senegambia; attempts were made during the colonial period when the French proposal suggested unification was a prima facie indication that there was widely held belief the region was supposed to be one entity or state.

The book also delves into the free trade, growth, and convergence of the minds which ‘the past decade served as a witness to a growing number of studies aimed at explaining the impact of international trade on economic growth. The main catalyst for the resurgence of this topic has been the emergence of growth models that endogenize the growth process.

On integration of Senegal and Gambia, as stated in the book, The Gambia today and since 1948 had never lost sight of the mutual advantage and economic benefits that would stem from a sensible economic agreement that could be effected between Gambia and her next-door neighbour.

“The readiness of Gambia to cooperate with Senegal has already been manifest (sic) in the Gambia’s conceding to Senegal the privilege of evacuating upper Casamance nuts from the river ports of Basse and in the existence and cooperation of the Trans-Gambia Road. Such economic and cultural association (not a customs union for that is rather complicated) would create a closer relationship between the peoples of the two territories, more than this should not now be sought, (Senghor, 2008, p.75).”

Among other areas discussed by the author in this book include analysis –evidence of advantages of free trade, free trade on poverty, unemployment rate of Gambia; young population.

By this book, Dr. Krubally said: “I wish to pronounce myself on a need for a new Senegambia order of things in our country, and I hope we can now begin the debate, and begin the journey to positioning Senegal and Gambia towards a means to leave a better Senegambia for our children.

This book is another addition to knowledge of every reader to correct the mistake of our founding fathers in creation of a more enduring and economically viable dualism of nationhood...” 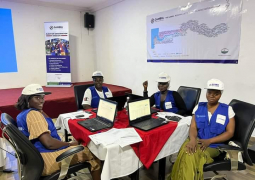 Gambia Participates, an apolitical advocacy group that works in the strengthening of good governance in the country, has deployed 415 domestic election observers ahead of April 9th parliamentary polls. 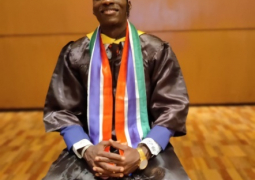 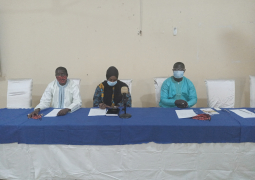 The national organising committee of the President’s International Award (PIA) last Friday briefed the media ahead of its planned upcoming International Gold Awards slated for May 2022.