The wife of ex-Lands and Local Government minister, Yankuba Touray has testified before the High Court in respect to her husband’s murder trial.

Testifying before Justice Ebrima Jaiteh of the Banjul High Court, Mami Minteh said she married the retired army captain in 1991. She said after the July 1994 takeover she moved with her husband to Cape Point where they stayed for some months before moving to Kerr Sering, where they have been living all these years.

Touray was a member of the Armed Forces Provisional Ruling Council (AFPRC) which succeeded the PPP regime after carrying out a bloodless overthrow.

The former military officer is accused of murdering former minister of Finance, Ousman Koro Ceesay in June 1995 at his residence. The prosecution alleged that Touray used a pestle-like weapon in murdering Ceesay in June 1995 at his (Touray’s) residence. Touray denied any wrong doing as he pleaded his constitutional immunity but the court entered a plea of not guilty for him.

“When you were living in Cape Point do you have any relationship with your neighbours?” Lawyer Abdoulie Sisoho asked the witness.

“No,” the witness replied.

“When you were living in Cape Point have you visited any of your neighbours?” Lawyer Sisoho asked.

“No,” the witness replied. 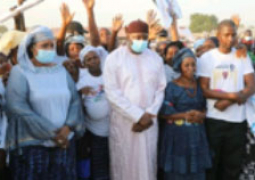 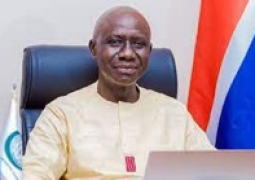 OIC yet to reveal date, hotel for summit

In a press conference held yesterday at the Sir Dawda Kairaba Jawara Conference Center amid preparations for this year's Organisation of Islamic Conference (OIC) summit to be held in The Gambia, the Chief Executive Officer of OIC, Yankuba Dibba, revealed that there is no date slated for the conference and the residential hotel that should be accommodating the delegates. 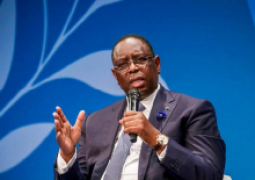 The Commission of the Economic Community of West African States (ECOWAS Commission) has “strongly condemned” the attempt to overthrow the democratically elected government of President Adama Barrow of The Gambia, expressing its rejection of unconstitutional change of power in all Member States.

Following the sad news of the demise of the late Vice President, H.E Badara Alieu Joof, and the opening of a Condolence book on 19th January 2023, hundreds of mourners signed the Condolence Book for the Late Vice President at the State House in Banjul.