The retired captain is charged with the murder in June 1995 of Ousman Koro Ceesay, a one-time minister of Finance under the military rule.

Certain prosecution witnesses in the trial including his driver, Lamin Ndour have testified that on the day Koro Ceesay died, Yankuba Touray moved his family to Ex-Captain Edward Singhatey’s residence supposedly for a party. Touray denied these testimonies of the prosecution witnesses, saying the guards at his residence in Kerr Sering, his family and some neighbours were all at home.

According to the indictment, Touray used a pestle-like weapon to murder Ceesay in June 1995 at his (Touray’s) residence but Touray denied culpability.

“As a minister and a member of the Council at the time were you entitled to guards?” Lawyer Abdoulie Sisoho for Yankuba Touray asked.

“Yes,” Yankuba Touray replied, adding officers from the First Infantry Battalion (Yundum Military Barracks) were responsible for deploying the guards to his residence.

“Were the guards at your home under your command?” Sisoho asked.

In his response, Yankuba Touray said the guards were under the command of the officers at the First Infantry Battallion.

“As a minister and Council Member at the time, can you deploy those guards?” Sisoho asked.

“No,” Touray answered, adding he cannot assign them to carry out any task since they were not under his command. He explained that, had he wished to assign any of the guards, the procedure was to talk to the officers at the Yundum Barracks.

“Can a soldier leave his position without any command?” the Lawyer asked.

On the night Koro Ceesay died, he said he came from the State House and found the guards on duties mounted by a sentry but he did not know them.

“If something goes wrong or something happened who the guards reported to?” the Lawyer asked.

“The guard commander will report it to the Sergeant who then reports to the Platoon Commander (at the First Infantry Battallion),” Yankuba Touray answered.

He said the guards have two logbooks – one was used to record activities carried out by them and the other was to record the names of people coming in and out of his compound.

“Did you post any of your guards anywhere that night (Koro Ceesay died)?” the Lawyer asked.

“Tell us what happened on the Saturday (the following day)?” Lawyer asked.

He said in the morning he drove his car to Banjul for his usual Saturday football with his friends. He added that he came home with his childhood friends to Kerr Sering for their usual ‘Superkanja’. 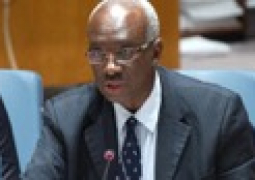 Following anticipation of a significant number of criminal cases being filed before the High Courts of The Gambia due to TRRC recommendations, Chief Justice Hassan B. Jallow has proposed that the government establish a fully-fledged special criminal division of the High Court. 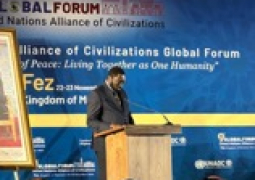 BANJUL, 24 November, 2033: The minister for Foreign Affairs, International Cooperation and Gambians Abroad, His Excellency Dr. Mamadou Tangara attended the ninth Global Forum of the United Nations Alliance of Civilizations (UNAOC), a United Nations body that was created 17 years ago on the initiative of Turkey and Spain. Its aim is to curb extremist violence in the world through culture and mutual understanding of civilisations. 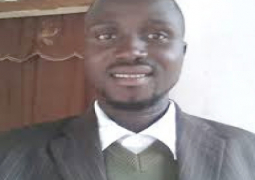