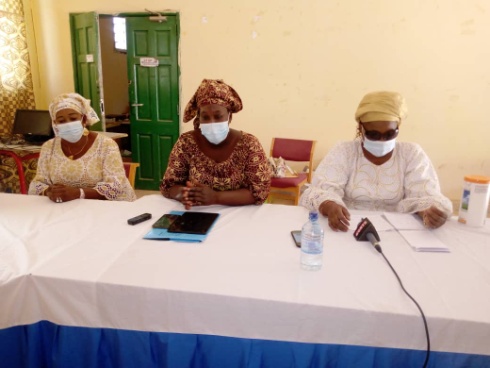 The convergence held in Janjangbureh, in the Central River Region (CRR) is funded by UNICEF. It brought National Women’s Council representatives from each constituency across the length and breadth of the country.

Addressing the participants, Women Bureau’s assistant director of Information, Education and Communication, Neneh Touray, dwelled on the importance of the forum.

“It’s the women that know some of the issues affecting them in their homes. Therefore, it is paramount that their capacities are built with a view to enable them effect changes in their respective places. At the end of the training, we will give them funds in order for them to also conduct step-down sensitisation in their respective constituency across the country.”

Mrs. Touray underscored Women Bureau’s commitment to women empowerment and protection from all forms of violence, adding that such kind of training will end the culture of silence and encourage families especially the participants to report cases of GBV, early marriage and rape among other issues affecting women in the country.

She reiterated the need for the women to team-up and be proactive in ensuring that Women’s Bureau and the Ministry of Women and Children’s Affairs achieve its objectives by ending all forms of abuses.

In order to totally eliminate the difficulties women encounter in the country, she added National Women’s Council has to be involved, saying: “It’s why Women’s Bureau requested support from UNICEF in order to empower the national women council so that they can take the leading role in ending all forms of violence against our women especially on early marriage among other menace.”

Kumba Dansira, National Women Council’s focal person in CRR, urged the participants to participate well and disseminate the information to the grassroots level. “We have lot of women following us in our respective districts. I am quite sure that the women in your districts will listen to you people whenever you call for a sensitisation forum.”

Isatou Dea Sawaneh, chairperson of the National Women’s Council, said the council is committed towards the advancement and protection of Gambian women from all forms of violence in the country. “The National Women Council is established by an Act of Parliament. Therefore, if we are united and stand by each other, I am confident that we will end FGC/M, GBV, and early marriage among other issues affecting the wellbeing of our women in the country.”

She also reiterated government’s commitment to support Gambian women, adding that it’s the reason the Ministry of Women Affairs was created. “All culture and traditions that have health implications on women should be abolished totally. The fight against FGC/M, GBV and early marriage in the country is very encouraging. However, to remove it from our society, we must take lead taking into account that we have more followers.”

FGM, she went on, has detrimental consequences on the health and development of our women and girls, hence educating lady councillors can’t be over emphasised. “We are the first point of call within our districts. Anything that happens in our villages, we will be informed about it, thus I believe that when we talk to our people they would listen to us.” 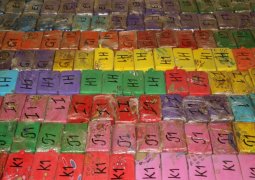 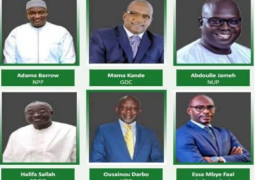