“Addressing the menace in the country required the participation and involvement of all players and stakeholders in the country. All hands should be on deck in our quest to eliminate FGC/M, GBV, early and forceful marriage among others. The Ministry and Women’s Bureau will continue to play the leading role in ensuring that no women and girls are subjected to any form of harmful traditional practices among other negative issues affecting our women.”

Mrs. Touray was speaking in Mansakonko, in the Lower River Region, as the Women's Bureau intensified their campaign on its zero tolerance to all issues affecting our women and girls. The three days convergence, funded by UNICEF, brought together women leaders, women district court members and women alkalolu among a host of others.

She added: “Building the capacities of women alkalolu and women district court members will greatly help in our desire to ensure that the country is free from GBV, FGC/M among others. In fact, most of these cases relating to the menace are reported to them. Therefore, I believe if they have knowledge on the subject matter it will help them in amicably solving such kinds of cases if the need arises.”

The objectives of the training among others, she added, is to ensure that women leaders in the country are prepared well, their capacities are built with a view to enabling them have greater understanding on the legal framework behind FGC/M and GBV among others.

According to her, the menace is drastically reducing in the country compared to before, however; she was quick to add that more efforts and commitments are needed in ending the practice in the country.

“If you do a knowledge capacity attitude assessment, you will realise that the knowledge is there and capacity has been built, but unfortunately, the practice still persists within some villages in the country. That’s why we are doing a vigorous follow-up and campaigns to make sure that at the end of the day, we will get rid of these harmful traditional practices in the country,” she said, claiming that attitudinal change is an important element in the fight against GBV and others.”

Landing Sanneh, chairman of Mansakonko Area Council, spoke on the significance of the training, saying: “It highlights the numerous benefits in relations to societal upgrading in development, attitudinal change, the restoration of peace and tranquility and community development among others.”

The composition of participants, he explained, are vital particularly from the government structures ranging from the women councillors lady councillors, women alkalolu, women court members from district tribunals, area councils and women representatives amongst others. The participants, he continued, are influential leaders in their respective areas who can effect change on early pregnancy, child marriage, FGM/C and GBV.

“Engaging these women leaders on awareness creation on GBV, Child marriage, early pregnancy and FGM/C will change their mind-sets and they can effect change on some issues that used to happen within their societies and also help promote peace and stability in their communities.”

Chairman Sanneh admonished that development cannot be sustainable if there is no peace in the minds of the people, claiming that FGM/C and GBV is diminishing in the region. He was, however, quick to add that still there are reports of such cases. 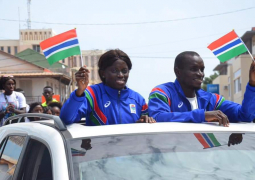 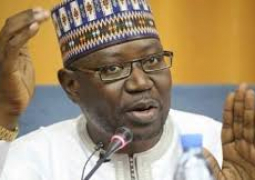 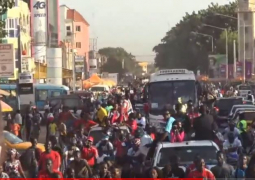