With over D123m spent, CRC remains optimistic about draft

Justice Cherno Sulayman Jallow, the chairman of the Constitutional Review Commission (CRC), said it is unfortunate that a tiny minority of critics have levelled the claim that the Draft Constitution is plagiarised. 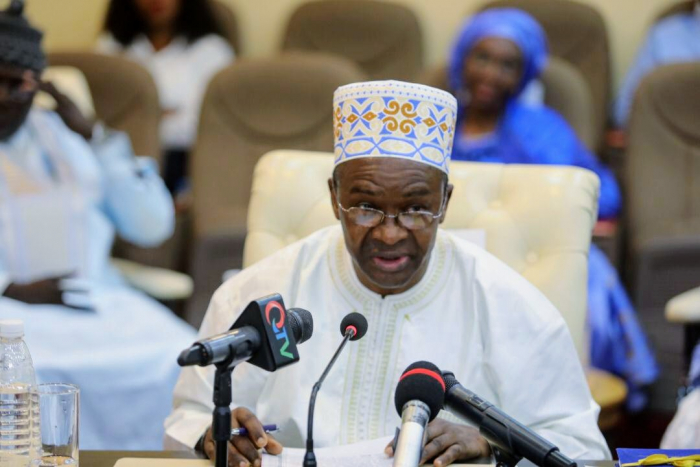 “The CRC has not blindly adopted constitutional provisions from elsewhere. It thoroughly reviewed and applied them in The Gambia’s own national circumstances, especially having regards to the opinions expressed by members of the public during the public consultations. It’s from such sources that international best practices are gleaned,” he explained

The CRC chair was speaking yesterday during a press conference held at Sir Dawda Kairaba Jawara International Conference Centre in Bijilo. It is the first press conference organised by members of CRC since the rejection recently, of the Constitutional Promulgation Bill 2020 by lawmakers.

“The CRC, with its team of experienced draftspersons and international consultants/drafters, has not given any credence to such claims and essentially view the claims as merely stoking emotions to back up the critics’ rejection of the draft constitution. Indeed there have been those that never said anything good of the CRC from the time of its inception. For them, it was personal,” he said.

The draft constitution that Gambians worked so hard on, expending invaluable time energy and resources, he said, is not dead. “It has merely hit a snag and is placed in a cold storage, at least for now. So, if anyone here today feels depressed, I say to you lighten up, get up and dust off, have faith, and continue the quest for constitutional reform in The Gambia. That’s what Gambians have yearned for and you must complete the journey with them.”

The CRC boss also revealed that the commission as of yesterday has spent more than 123 million dalasis in the process of drafting a new constitution for The Gambia as of yesterday.

“As a professional, who have been drafting legislature for over 30 years, I can sit and see people make misleading remarks that go to my professional integrity and to the professional integrity of my commissioners. It’s wrong. That was why I took my time to clarify that position. I am a trained draftsman and I have three other people that are also trained up to master’s level. We know how to draft legislation and we know how legislation is drafted.”

“So, when people make remarks and not knowing how drafting entailed and how process are carried out is nothing but stocking emotion unnecessarily. We did our work in a professional manner and it’s now way different from what other countries have done. This is not the first time I personally have been involved in drafting constitution and we did it accordingly.”

The draft constitution, he went on, has lots of transformative provisions specific to The Gambia’s circumstances like it ensures a fair balance in the respect and treatment of all faiths as provided in Chapters I, III, VIII and IX.

He maintained that the draft constitution also ensures gender balance and fair representation of persons belonging to marginalised groups-that is, the youth, women and persons with disability. “It provides a specific quota representation for women and persons with disability, and makes it mandatory for no less than 10% of candidates for National Assembly elections fielded by each political party to comprise youths.”

“I wish to encourage our citizens not to consider the money spent on the CRC project as wasted, thus it is far from it. It is amazing how fast our people have learnt so much about the constitution and what it means and stands for.” 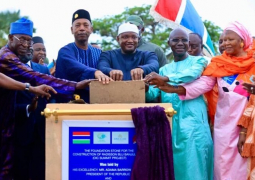 President Adama Barrow on Saturday presided over the laying of the foundation stone for the US$100 million Five-Star Radisson Blu Hotel, where he described the project as the biggest investment in the tourism sector since the country attained Iindependence in 1965. 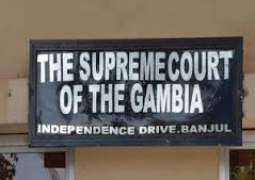 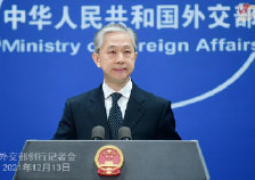 At the press conference of China’s Ministry of Foreign Affairs held on 13 December 2021, spokesperson Mr. Wang Wenbin commented on The Gambia’s election. He said: