The Secretary General of the World Customs Organisation (WCO) Dr. Kunio Mikuriya, who was in the country for two-day visit, lavished praise on the firm commitment of the Commissioner General Yankuba Darboe of Gambia Revenue Authority (GRA), saying WCO needs someone like him/he (Darboe) 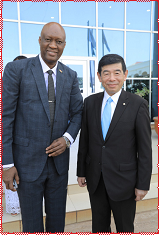 He also extolled him for the successful implementation of the World Customs Organisation programmes and activities during the General Assembly Meeting.

He cited that the WCO needs more of his kind to make it a more vibrant organisation within West and Central Africa.

He also disclosed that Commissioner General Darboe is among the top persons that make him proud at the level of the World Customs organization due to his diligence, hard work and commitment towards the WCO.

The WCO SG also seized the opportunity to extole The Gambia government for the political will provided to GRA without any interference in the execution of their duties.

He also expressed joy and appreciation with the level of hospitality accorded to him in The Gambia particularly after meeting the Vice President and Minister of Finance.

He equally assured them that more capacity building would be provided to The Gambia through the Gambia Revenue Authority, while describing the Gambia as a peaceful country. 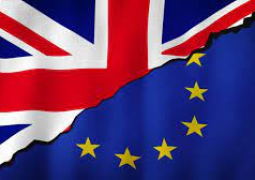 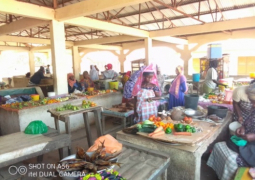 Gambians from different walks of life have expressed frustration, concern and anger over daily surge in prices of basic food commodities at the local markets and corner shops. 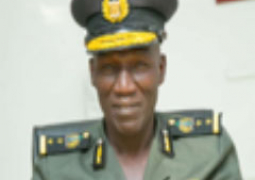