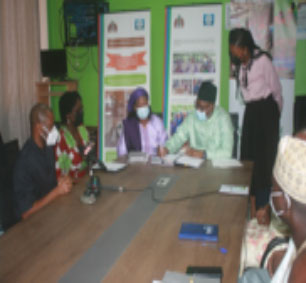 The signed GIRAV project which will be implemented in a period of five (5) years from November 2021 to December 2026 is a grant of US$40 million fully financed by the World Bank.

It is a project driven by demand from the country’s main consumption center and it specifically targets the value chains with higher potential for demand and stronger potential to generate important opportunities for value added and employment along the value chain.

Commenting on the GIRAV project, Minister Mamburay Njie disclosed that the project focuses on promoting private investment throughout the target value chains activities to improve the business climate. “It would also help in building the required synergies that would address the structural transformation challenges of the agriculture and private participation which are very important for the Gambia’s drive for food self sufficiency and employment for women and youth in the agriculture value chain,” he stated.

The Minister highlighted the project development objective which is to promote the development of inclusive, resilient, and competitive agricultural value chains, focusing on smallholder farmers and agribusinesses in project target areas.

“The key project beneficiaries are small and medium-scale farmers and their organisations, agricultural SMEs, and other private actors in the target value chains – traders, processors, exporters, service providers, with a focus on agribusinesses led by youth and women,” the minister explained.

Honorable Njie pointed out both the outcome and expected impact of the project and as well the components.

According to him, the project comprises three technical components: improving the business environment for commercial agriculture development; building a productive and climate-resilient agri-food system, and mobilising productive private investments along the value chains. The component three of the project, he said would “support private investments in productive activities and related services by addressing the major market failures that constrain the financing of investments in agricultural value chains.”

Minister Mamburay Njie, on behalf of the government of The Gambia thanked the World Bank Group for their continued support, partnership and collaboration with GOTG over the years “for both the policy reforms and implementation of those reforms through projects and programmes.”

Madam Feyi Boroffice, Resident Representative, World Bank-Gambia, gave a background of the project, saying the World Bank board on November 24, 2021 approved a grant of $40 million from the International Development Association (IDA) for The Gambia Inclusive and Resilient Agricultural Value Chain Development Project otherwise known as GIRAV.

She expressed that GIRAV would promote the development of four key priority agricultural value chains, namely; rice –substituting for increasing imports; horticulture – specifically vegetables and mangoes for urban centers and export; cashews – for domestic processing and export, and poultry – for urban centers, in conjunction with maize for feed.

These value chains, she said, “have strong growth potential in the country market that can be realised in the short to medium term through a combination of soft and hard investments.”

Madam Boroffice noted that the activities under the project would support agricultural growth and economic development, thus, contributing to the expansion of the rural economy, increase employment and income generation, development of exports, reduction of food insecurity and facilitating a Resilient, Inclusive, Sustainable, and Efficient economic recovery from the Covid-19 pandemic.

The WB Resident Representative presented the signed GIRAV Financing Agreement to the Ministry of Agriculture in the implementation of this important project.

The Minister of Agriculture, Honorable Amie Fabureh, expressed delight over the signed GIRAV project grant saying there was need to improve agriculture as it cannot be improved without financing.

She therefore thanked the World Bank Group, Ministry of Finance and Economic Affairs for their support while described agriculture as the backbone of this country.“We have almost 67-70% of small scale farmers in the country and their lives have to be improved and it cannot be improved without financing and technology,”

The minister disclosed that Gambia is blessed with abundant arable land with adequate water supply “but what is lacking is technology and with this $40 million GIRAV project, we will improve a lot in areas of technology, farmer assisting, arable land, water to improve production and productivity.”

She dilated on the four key priority agricultural value chains and said the land need to be developed “because without developing the land, it will be difficult for the country to be self sufficient in rice production.”

She therefore advised those that are to implement the project to effectively implement it, adding they should tighten their belts and redouble their efforts to ensure that the country attains self sufficiency in food production especially the stable food such as rice among others. 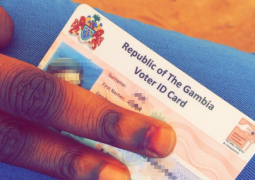 The Independent Electoral Commission (IEC) has announced it has registered 856,719 Gambians for the 2021 Presidential Election slated for 4 December. 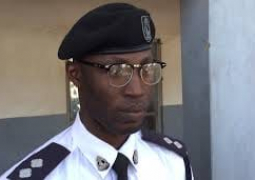 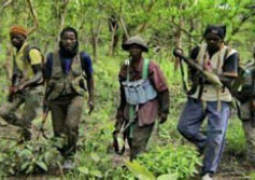 The clash between ECOMIG and Movement of Democratic Forces of Casamance (MFDC) near the borders in Foni has sparked controversy among Gambians. 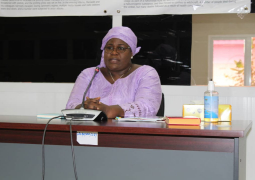