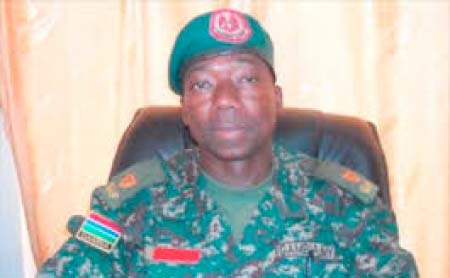 Mr. Conteh was arrested with suspected big bundles of cannabis by guards on a routine checking at the Kalagi Police Check point in the West Coast Region.

Confirming his re-arrest, Major Lamin K. Sanyang, spokesperson of the GAF, told this medium that the suspect who works at the State Guard Battalion was re-arrested when he reported to work yesterday.

The suspect, he went on, is currently being detained at the Fajara Barracks as investigation into the matter continues.

“There will jointly investigation conducted by The Gambia Armed Forces and operatives of the Drug Law Enforcement Agency.”

The army, Sanyang added, has zero tolerance for drug trafficking and it related activities. “Whoever is arrested in connection with drug related issues will be investigated and dismissed with immediate effect,” he assured.

It could be recalled that DLEAG operatives last Tuesday 28 April 2020 alongside an officer of The Gambia Police Force (GPF) stopped a commercial vehicle with the registration number BJL 1890 S for routine check at the Kalagi Check Point in WCR.”

In a separate development, the GAF spokesman confirmed that two other soldiers, who were arrested in connection with the stolen fuel coupons at the Army headquarters in Banjul have been released, while about 12 others are still detained as the matter is still under investigation. 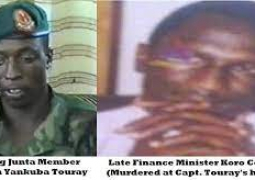